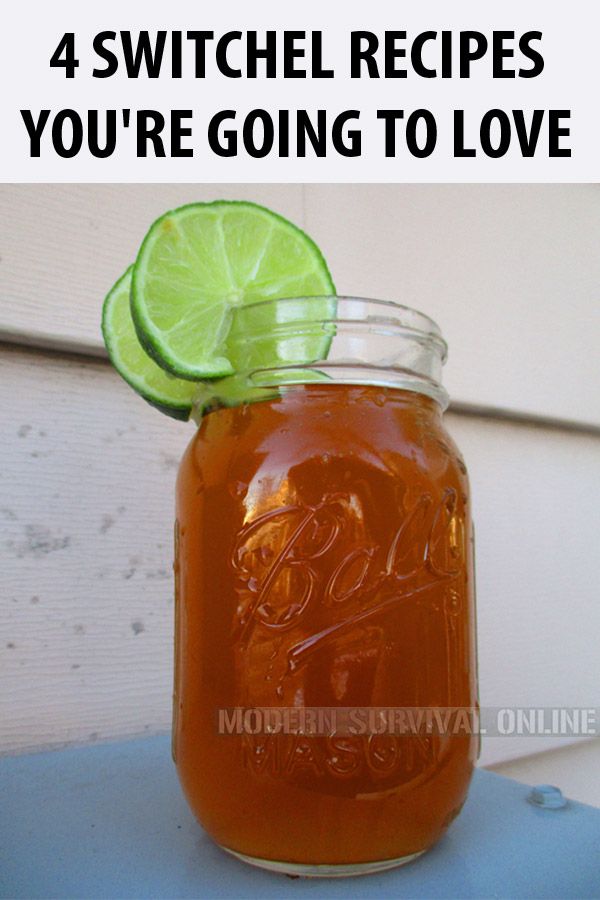 Switchel is a refreshing and healthy beverage made from citrus fruit, a sweetener, such as molasses, brown sugar, honey or maple syrup, warm spices such as ginger and cinnamon, and apple cider vinegar. It is debatably of either Caribbean or Colonial American origin, and was drunk by farmers doing hard physical work in the heat, so it also earned the name Haymaker’s punch.

It can be made flat or carbonated, served hot or cold, or with or without alcohol. The apple cider vinegar is a surprising addition to a beverage, which some people will find unusual. It is only used in small amounts for Switchel, and blends well with the acid from the citrus, which is in turn offset by the sweet and spicy flavors.

Apple cider vinegar is reputed to have multiple health benefits, some of which are far-fetched and lacking in scientific veracity and other which are backed by scientific evidence. It appears apple cider vinegar has antimicrobial properties, meaning it can kill E. coli and Staph.  Other benefits of Switchel are hydration, and replacement of glucose, and the electrolytes sodium, potassium, and magnesium depending on the recipe. Electrolytes are dissolved blood salts critical for the proper functioning of our nervous systems. When our blood salts are not available in the correct amounts and proportions, our bodies will malfunction.  It has been established that ginger has anti-emetic (nausea-soothing) properties, and appears to be a safe yet powerful enough so that it’s use it being evaluated with chemo therapy patients, Cinnamon is another warm spice which has scientifically established health benefits such as blood glucose management, and long-term cardiovascular benefits.

The shelf life of Switchel is about one month if refrigerated or otherwise held at a temperature around 40 to 45 degrees F (8 C). If it is going to be kept without refrigeration it is better to make a Switchel concentrate which can be added to water or seltzer as desired.  Each recipe will yield one quart. Switchel is traditionally sipped from a mason jar without ice, with a slice of citrus, a sprig of mint, and or berries.

The amounts and combinations of ingredients are variable and do not have to be precisely measured. I prefer Switchel with a strong lime and ginger taste, middle of the road sweetener, and just a little apple cider vinegar. You may have a different preference, so mix and match to your own taste. The recipes below, as all recipes, are more guidelines, so feel free to tinker with and experiment to see what combination of flavors you can come up with. The use of flavored vinegars, grapefruit, kumquats or pineapple for the citrus, or allspice berries are some ideas.

This is a quick recipe, but so good. It is an easy to prepare introduction to Switchel to see if it is to your taste. This recipe uses a prepared ginger lime syrup, and lime powder, both available here:

Add two ounces of Ginger Beer syrup to a one quart mason jar. Add a few shakes of True Lime. Fill with cold water, add a wedge of lime and slice of peeled ginger root to the jar, and refrigerate. Garnish with a lime slice and a few fresh raspberries when you are ready to serve it.

This can be drunk as is, or you can add a two ounce shot of dark or black rum, or gin to eight ounces of Switchel for a cocktail. This is also very good added to lime seltzer, or lime club soda. Warm up 8 ounces of Switchel with or without rum, and you have a soothing warm beverage for a cold winter night, or to relieve some of the discomfort from a cold or sore throat. The True Lime powder has an indefinite shelf life if kept dry. The Ginger beer syrup needs to be refrigerated once opened.

This is one of the most traditional, or authentic recipes. Either freshly squeezed limes or lime juice can be added, or limeade concentrate, though this will make for a sweeter beverage. 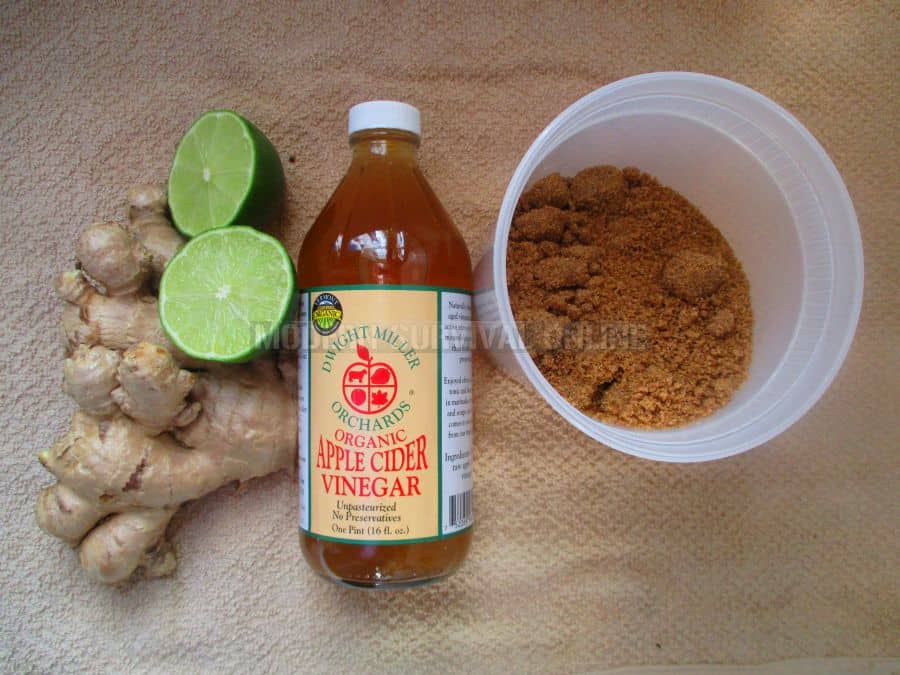 Peel and slice fresh ginger root. Bring three oz. of water to a simmer over low heat, and stir in the molasses, and brown sugar. Add the Apple cider vinegar, ginger root, sliced lime , and simmer for 20 minutes or until the mixture thickens to a thin, syrupy consistency.

Strain out the lime and ginger, and add the syrup to a quart of cold water. Serve as is, with slices of lime, or add optional dark or black rum. This should last in your refrigerator for a month when mixed with water, and several months as the syrup, if kept refrigerated. The syrup can also be frozen. An alternative to the boiling method is to let the ginger and lime steep in the vinegar and water overnight.

Most Switchel has predominant spice, sour and subdued sweet tastes. This Switchel is sweeter, but still astringent. It is not heavily sugared enough so it is cloying, and more vinegar than usual is used to keep it from tasting too sweet.  This can also be served hot or cold. You may want to try it with apple cider instead of cider vinegar for an even sweeter taste.

This version of Switchel is a nice sweet and spicy combination, and the addition of orange cranks up the potassium levels. Oranges have an average potassium content of 230 mg per medium sized orange.

Peel and slice fresh ginger root. Bring ½ cup of water to a simmer over low heat, and add Apple cider vinegar. Add the ginger root, orange peel, and brown sugar, and simmer for 10 minutes. Add a few shakes of Ginger orange crystals. Add to a quart of cold water. Serve with slices of orange or add optional Gold or Spiced rum. 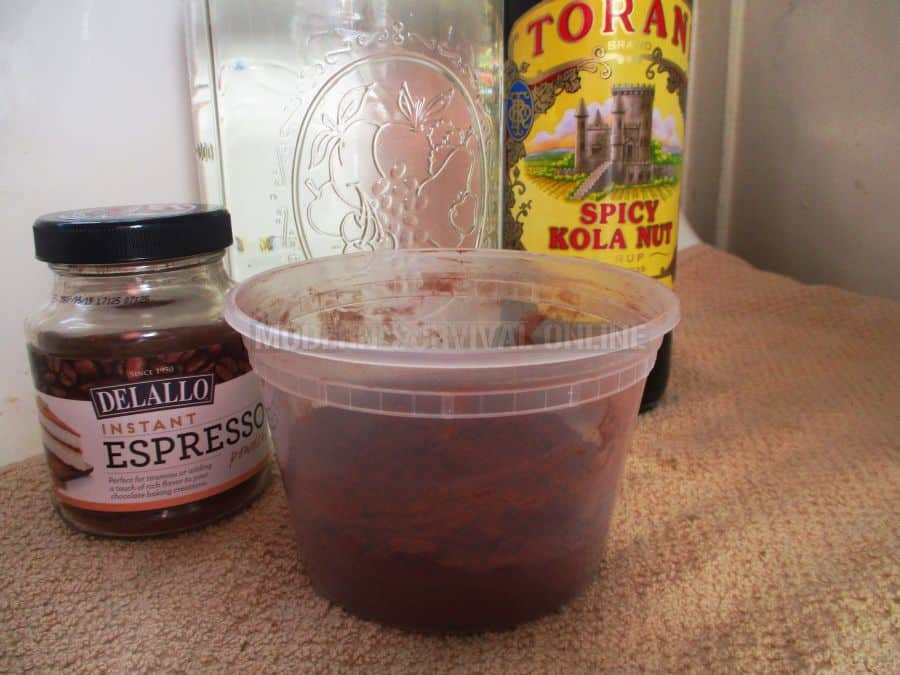 This is not Switchel, but it is an interesting infused beverage combining coffee. Cocoa, vanilla, cinnamon, and Kola flavoring. This is delicious served cold over ice.

Cocoa has proven health benefits including the production of nitric oxide as your body processes the cocoa. Nitric oxide is involved with vasodilation or relaxation and widening of the blood vessels, which lowers blood pressure and gives your heart less work to do.

The base of this beverage is Cold brew coffee.  This is coffee which is made by immersion in cold water, or by cold water dripping through the coffee. The advantage is that this produces a smother coffee with a longer fridge life/shelf life.

When hot water is exposed to ground coffee, volatile oils are released, and infuse into the water, giving coffee its delicious aroma and taste. But it is best drunk within less than 30 minutes, ass the quality will deteriorate in terms of flavor and smoothness as the volatile oils degrade from the heat. Cold brewed coffee lasts much longer as the oils do not degrade as quickly. Some of the smoothest coffee I have ever had is cold brewed.

The complexity of flavors is more fully appreciated, and there is no need for cream or sugar. It is perfect as is. This is so good drank as is, over ice. This method will not yield the typical robust coffee flavor. This will be more subtle, what you might call coffee flavored water.

Place 1 cup of coarsely ground coffee and two tbsp. of unsweetened cocoa nibs into a tea filter bag or strainer, and immerse in 1 quart of cold water. Add the cinnamon stick o split vanilla bean. Allow it to sit for three to four hours, or until it darkens. Remove the linen bag or strainer. Add vanilla extract if a vanilla bean was not used. Pour in one or two ounces of spiced cola syrup. Serve over ice.

Switchel is an interesting beverage to try. It is easy and fun to make, so it is an ideal kitchen project to include kids in. It has a respectable fridge life, a longer shelf life as syrup, and the ingredients can be stored in a jar or plastic container for quick and easy preparation.