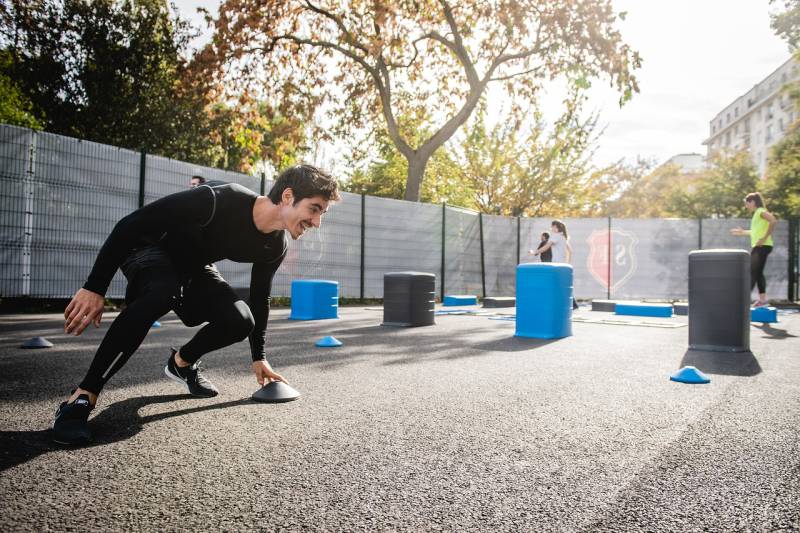 Fitness has always been something that I have thought about since being a teenager (now 41). Over the years, like many others, I have joined gyms and worked out for a few months – and then returned to a sedentary lifestyle.

At the age of 16, I discovered bodybuilding. Reading Muscle & Fitness magazine – I was amazed at the condition that people could get into. I began working out with weights and reading everything I could on nutrition as well as bodybuilding.

For the next few years I trained very hard and certainly changed my body. In my senior year of high school I moved and soon discovered that life provided other “distractions” that caused me to spend less and less time in the gym.

I attended a couple of colleges and visited the gym infrequently. Although always on my mind and small to medium efforts were put forth here and there – fitness just remained a goal off in the distance. Since then – there have been times when I worked out for months, felt like I was in decent shape.

I was wrong. I was WAY wrong.

Over the past year I have continued to try different things. Weight lifting at local gyms and YMCA’s has always been my staple. I have tried P90X a few times – which I liked but I lacked the discipline to really perform it as it should be done. I looked into getting a mountain bike – which I still want to do – to vary my efforts into fitness.

I have felt that my efforts have not resulted in finding what I have been looking for. Much of that is certainly my fault as I at times fail to put forth the commitment and effort that is needed. This has continued up till now.

About 6 months ago I discovered Crossfit but was unable to really investigate it as there were no locations in my area. Two months ago I was doing some internet searches and discovered that a new Crossfit location was being opened in my town. I immediately contacted the owner and signed up for classes. This past August 22nd was my first Crossfit class. Wow!! I have never had a workout like I had this day.

So – What Is Crossfit?

The Crossfit participant truly will realize increased levels of fitness – not just strength, not just power, not just cardiovascular, and not just flexibility. In Crossfit the exercises are often familiar. They include:

The combination of various movements in a timed format generates a tremendous workout and continued progress.

From what I have learned of Crossfit and experienced myself is that this is “real world fitness”. The workouts are short – but very intense. I thought that I have had some hard workouts in the past. Know what?

My first Workout of the Day lasted 6 minutes and 21 seconds – and I had to call my wife to pick me up. I could not drive home. Now – I pushed myself too hard – but it was a heck of a workout and I could hardly get out of bed the next day.

I love it!!! As hard and intense as it is – it’s exactly what I have been looking for.

Pertaining to survival and preparedness – being in good to excellent health is very important. In a post-SHTF world – the physical demands on the body will no doubt increase.

Without the ability to just drive to the nearest medical facility – being able to carry out this increased physical activity sans injury is important. From what I have seen thus far – Crossfit provides the ability to prepare myself for the challenges that lie ahead.

5 thoughts on “Crossfit Training for Preppers”