Last week much of the Southeast was pummeled with snow, ice, and sleet. This highly unusual weather caused tremendous turmoil as many businesses and schools shut down and people were stuck inside their homes. In my area of South Carolina we received a total of approx 8-10 inches of snow along with periods of sleet and freezing rain. I am originally from New England so before anyone from areas that are used to getting significant snow start saying things like “Oh, those southerners just don’t know how to handle weather like that.” let me go ahead and go on record and say –  Your right!!

Temperatures at and below freezing left roads covered as snow and ice accumulated. Beyond the lack of experience (and skill) of many southerners on how to drive in conditions such as this – the lack of equipment in many cities and towns didn’t help. I found many main roads to be somewhat prepped prior to the storm as brine was laid down, and then after it started more brine and then a few were actually plowed. The vast majority of roads were left untouched and with the icy conditions cars left on the sides of roads stuck was not uncommon.

The total time period for the storm lasted from Tuesday night through Thursday afternoon. Grocery stores were mobbed as the storm came rolling in and bread and milk disappeared. It really looked like people thought the zombie apocalypse was coming. Reports stated that this storm was not going to be a few flurries – rather serious accumulation of snow and in some areas dangerous amounts of ice would be falling. The potential of power loss was real but in my area never happened.

I purchased a 2-door Jeep a year ago and this was the first major storm that I have had the opportunity to test it. Man – it did fantastic. I had absolutely no issues getting anywhere I wanted to go. Up hills, down hills, back roads – when in 4-wheel drive I felt like I had a magnet pulling me to the ground. 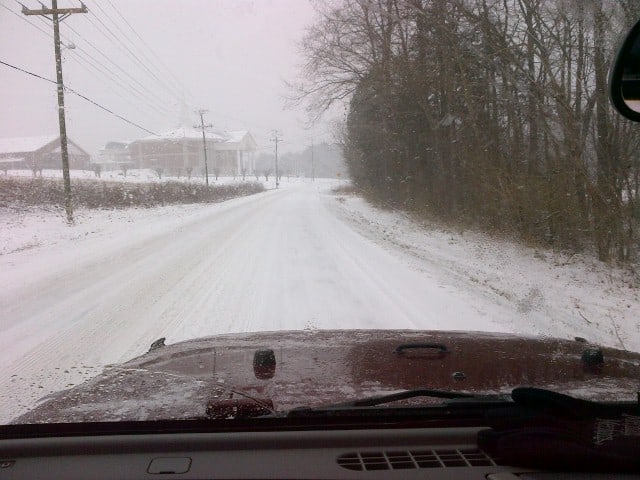 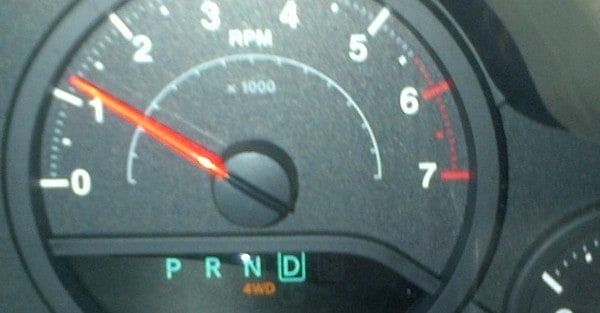 A friend of mine told me a story where he saw a Dodge Charger get stuck going up a slight hill. A man with a 4×4 came along and asked the three teenage girls in the car if they needed a tow. They said yes. At this point he noticed they were wearing what were basically pajamas with sneakers and sweatshirts. He went on to give them a lecture on being unprepared for the weather and they shouldn’t have been out driving in these conditions anyways.

Bad decisions such as the one made by those girls is what creates news stories about unneeded loss of life. People need to think! Even in my Jeep I had a get home kit with food and water, extra clothing, and the ability to create fire. 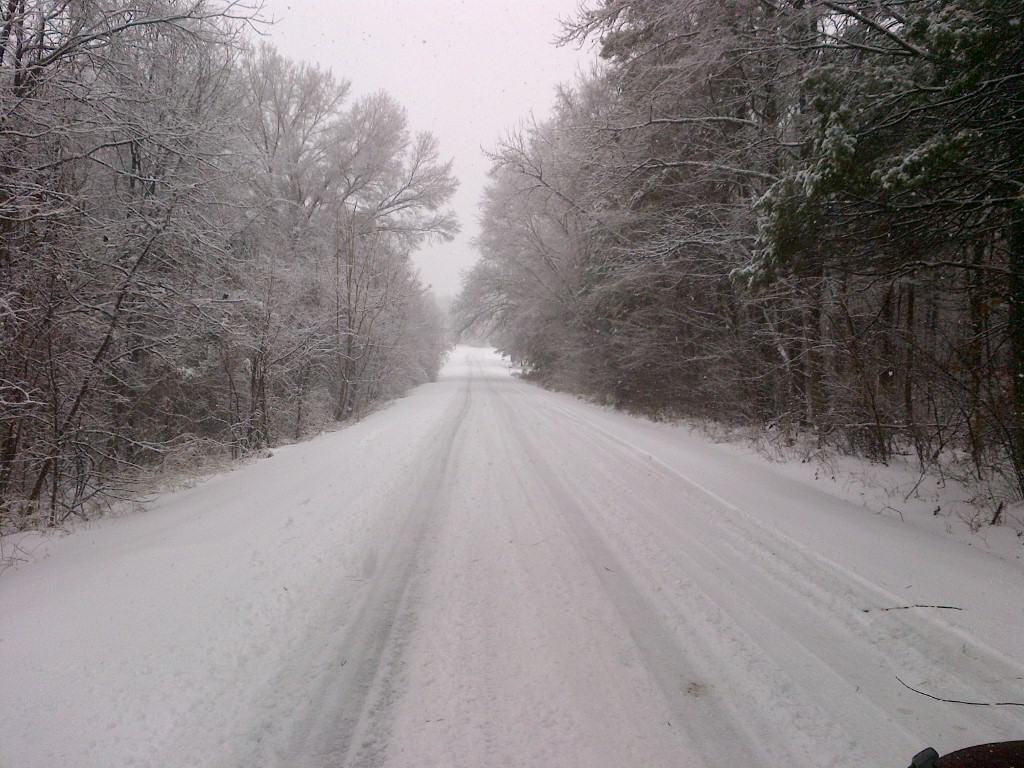 I had the opportunity to take a few neighbors to the store to get supplies. Nothing really critical but I really enjoyed the snow and looked for every excuse I could to get out in it. Although many looked at the storm as nothing but trouble – some areas really looked beautiful. 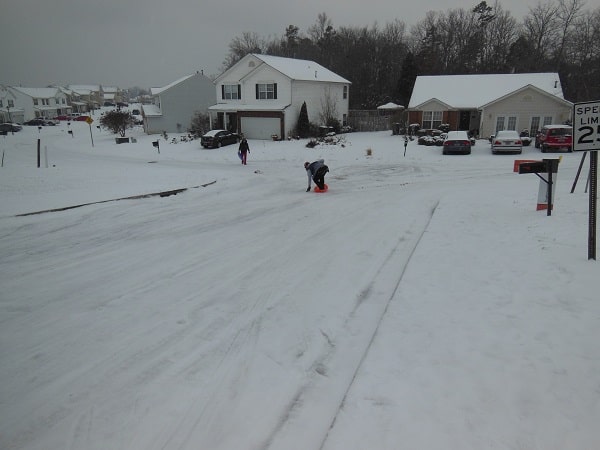 This was the worst storm in 10 years in my area of the country. I would like to think that some people will have been woke up and realize now they should be better prepared to face the fury of Mother Nature – but not likely. I hate to be negative but my experience has shown me people forget and take things for granted.

If you’re reading this post – I know you are not one of them.

From the Supply House: Here are a few popular survival & preparedness items available at deep discounts on Amazon. Many items are available with Free Shipping on orders over $35.

Esbit Pocket Stove: A classic backpacking/survival stove. Includes fuel tabs. Folds up to the size of a deck of cards yet can boil water in minutes.

Modular 4 Peice Military Sleep System: One of the absolute best bargains in preparedness equipment. Four piece system keeps you incredibly warm regardless of the how cold t is outside (down to -30 degrees)

Columbia Men’s Big Cedar Waterproof Hiking Boot: Perfect for a bug out bag or thrown in a trunk – just in case.

Agenda: Grinding America Down – Documentary available on DVD that really gives some interesting insight on what has been and is going on in this country. High recommended.