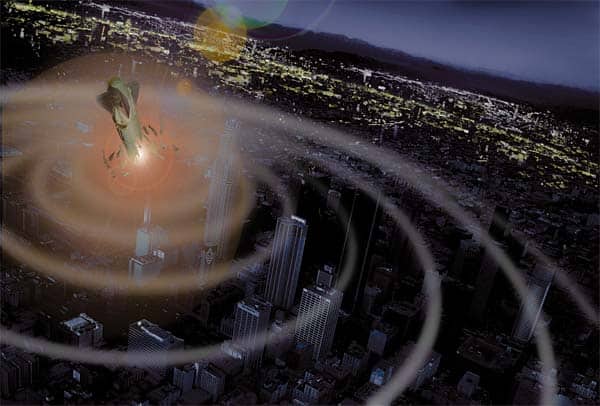 RE: Questions in response to Prepping for Seniors article by Coach

EMP vulnerabilities in such a system are manifold. The charge controller and diode back charge protection are very vulnerable and storage batteries least vulnerable. There is a silence of material regarding survivability of solar cells to EMP but I suspect they too are vulnerable.

Most solar cells employ a diode rectifier to prevent the battery from discharging into the solar cell. This diode is vulnerable and would likely present an open circuit if EMP damaged. I urge everyone using solar cells to locate these diodes and have the means to bypass them. This is the first thing I would check in a solar system exposed to EMP.

The hydrometer is an essential part of any off grid system using storage batteries. One can infer battery charge by measuring the specific gravity of the battery electrolyte. The charge controller is thus a superfluous luxury. The charge controller monitors battery bank voltage and PV array voltage. It automatically connects the PV array when output voltage exceeds that of the battery bank and disconnects the inverter when battery voltage reaches some pre-set discharge condition. These tasks can be manually performed but are a lot of work.

One might then conclude having a spare set of charge controllers and the very cheap diodes in protected storage to be a good thing. I have stored a complete PV system (less storage batteries) in a modified conex container thinking such would be exceedingly more valuable grid down than now while we have a working grid.

Anyone protecting electronics should realize a man made EMP event would likely be followed by a subsequent attack intended to take out protected stores. How long should you wait before pulling out the electronics? I think about a year would be optimal. That’s right, no single item electronics for a year.

As an aside, things like two-way communications and night vision are such potent force multipliers that one should have a variety of these things in individual protected storage. My plan is to break out cheap FRS radios immediately post attack for use with surveillance, sniper overwatch, and patrol. More sophisticated communications such as marine band HF and VHF, Motorola H/Ts, amateur radio, and the like would be gradually brought into service as a function of time and need. Same with other electronics. Small scale portable folding battery charger type arrays (see: http://amzn.to/1AVwMFd) would be first out of protected storage for use with our Sanyo rechargeable batteries and the large scale PV system capable of powering a home, last out of storage.

A robust adjunct to radio comms are battery and sound powered military handsets such as the ubiquitous EE8 field phone. See http://en.wikipedia.org/wiki/Sound-powered_telephone;

Now is the time to lay concealed telephone wire between various overwatch and sniper hides. I keep our military telephones in protected ammo box storage even though they are very robust. Post EMP attack, these will be taken to outlying overwatch areas, removed from the ammo cans, and connected to the pre-laid wires. The various hides then are interconnected by a communications net that is very robust and resistant to compromise.

In conclusion, I would be happily surprised if any currently emplaced PV system remained untouched and usable in its original condition following an EMP attack.

6 thoughts on “Some Thoughts on SOLAR and WIND POWER VULNERABILITIES”