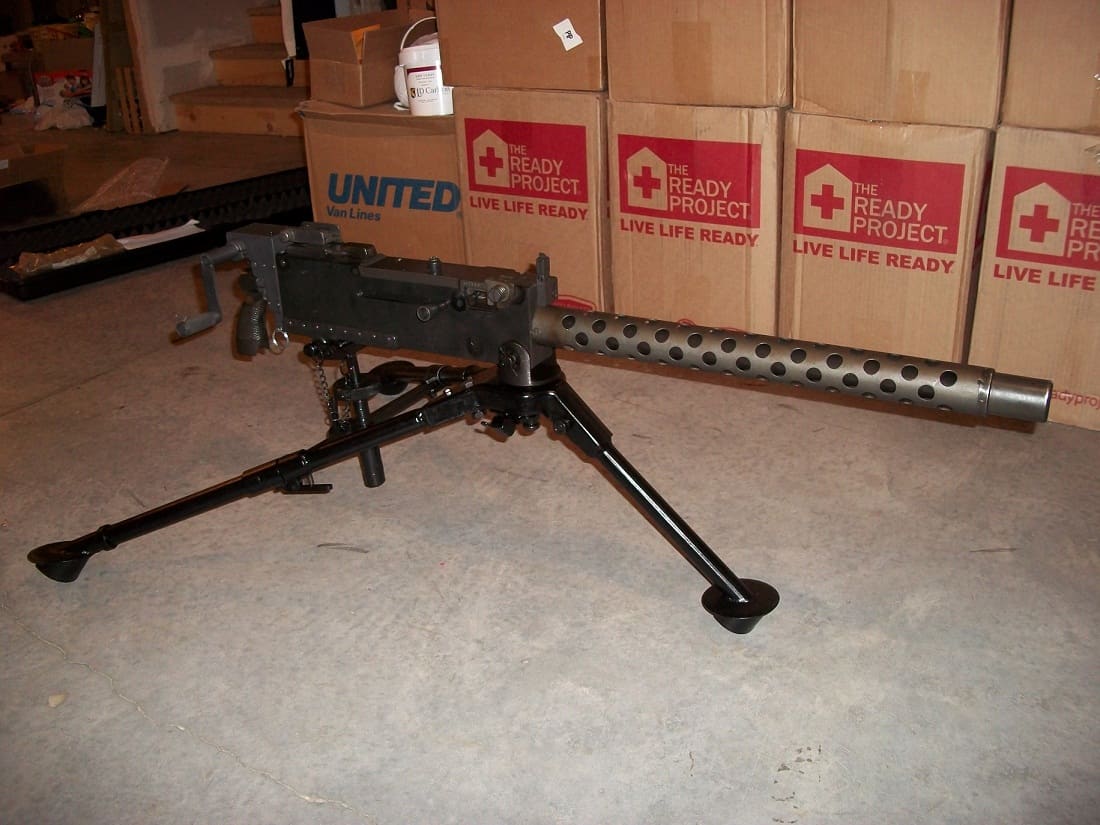 I know the .50 Beowulf wouldn’t be the first choice for many, but my wife’s BOG is my 5.56 which leaves me with this until I get something else.   It has more range than a handgun or shotgun and leaves a bigger hole than most rifles.  Tank muzzle break for getting back to what is left of the target quicker, Leupold 1-5x illuminated reticle scope, 300 lumen mounted flash light.  I have seen what this thing can do to rail road ties, refrigerators, windshields, coyotes, and hogs…zombies shouldn’t be a problem. 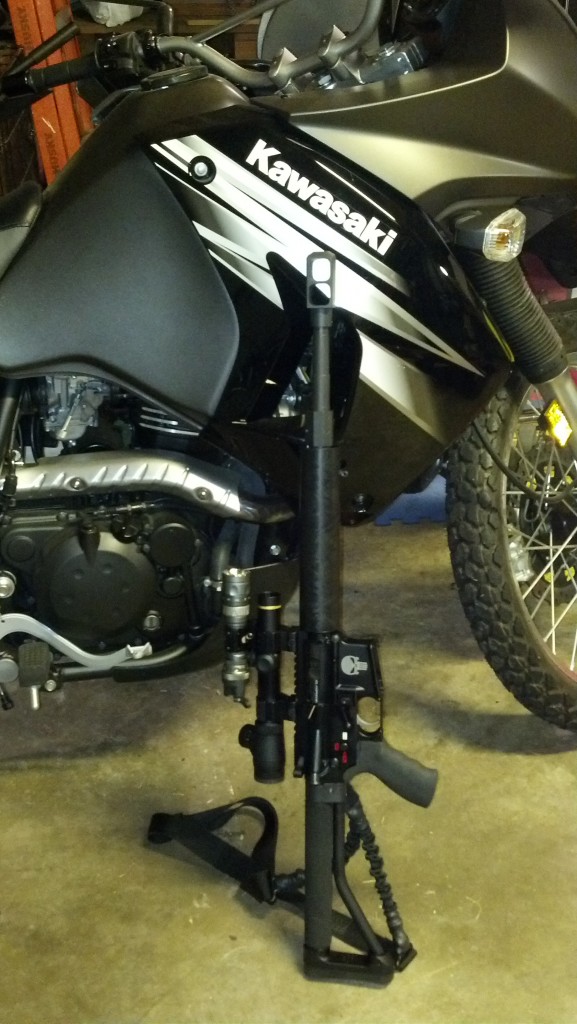 This baby is a semi-auto Browning chambered in 7.62 friggin’ NATO, with an Emory Jones Crankfire device attached.  It’s pretty sweet, and nothing says “Home Defense” like a crew-served weapon. 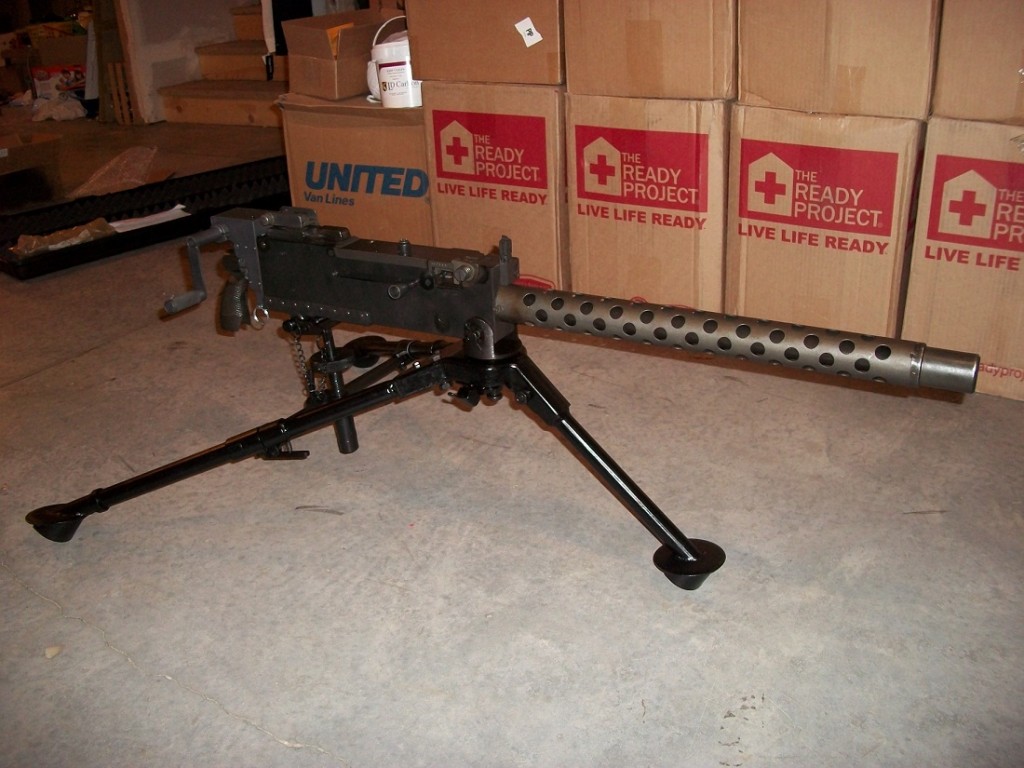 I like to think that my go to gun would serve as something more than immediate personal defense. I have several pistols that I would carry as well, but I’d have to say that for all around, I’d stick to my Savage 24v.  .22 Mag over 20ga is a pretty solid hunting / survival gun. I know that the ammunition for this particular gun is not all that common, but when the SHTF, what ammo do you think will be ransacked from stores first? Maybe I’m not thinking straight, but I love this gun. If you don’t hit that squirrel with the .22, spank it with the birdshot. As an added bonus, it can be broken down for ease of concealment and portability. I plan on hollowing out the stock to hold several shells of each type of ammo in the future. 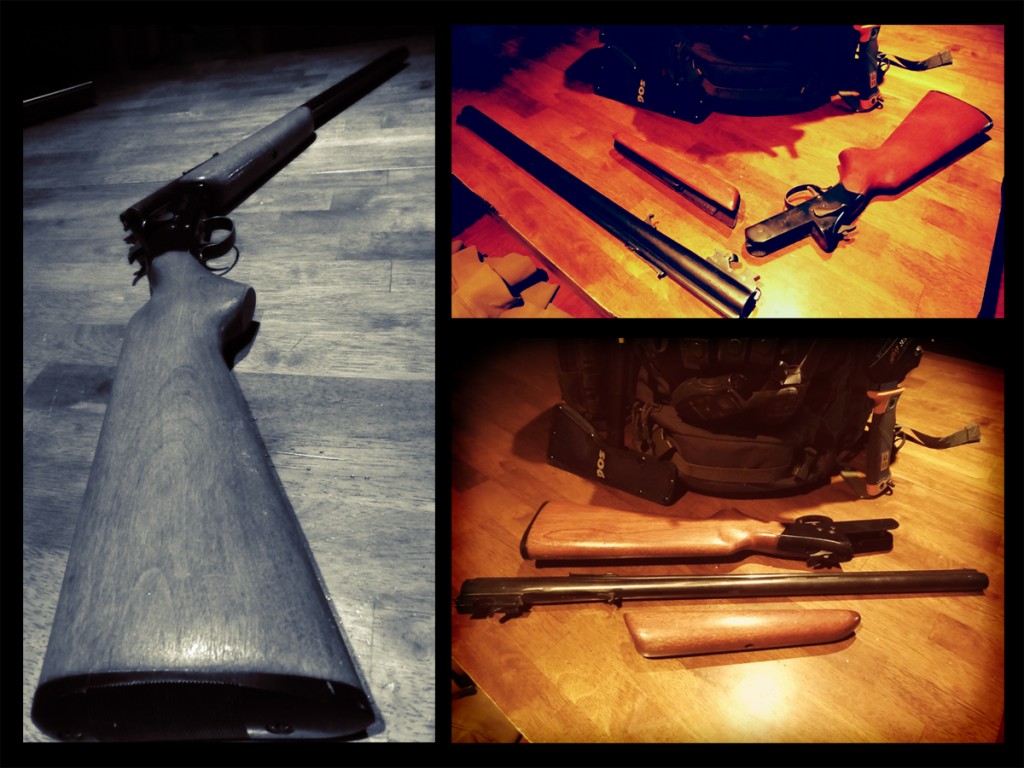 Gents this my little families bug out weapons kit. I figure it covers the basics of what to have. Short range small caliber to medium large large calibers plus the 45. 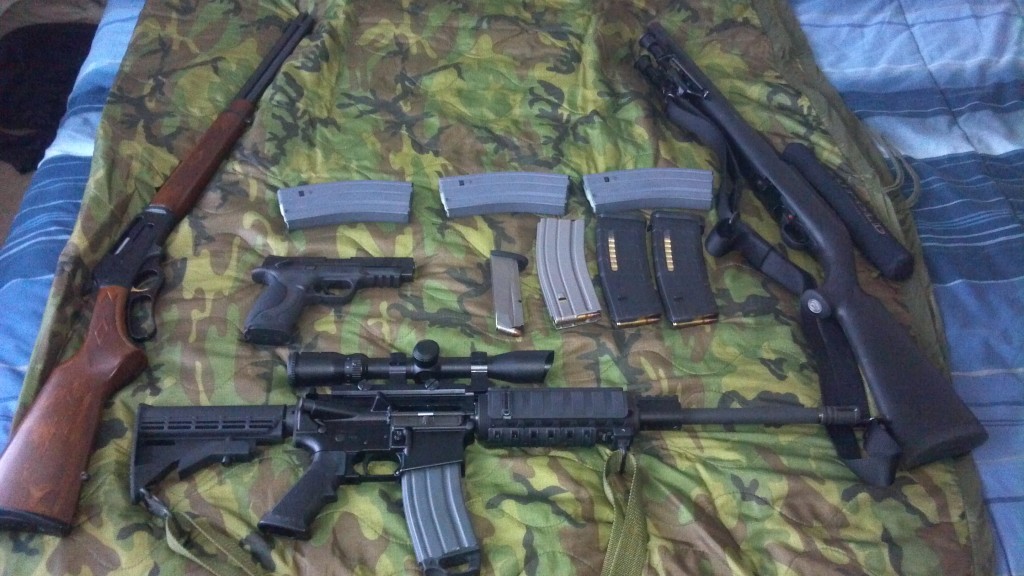