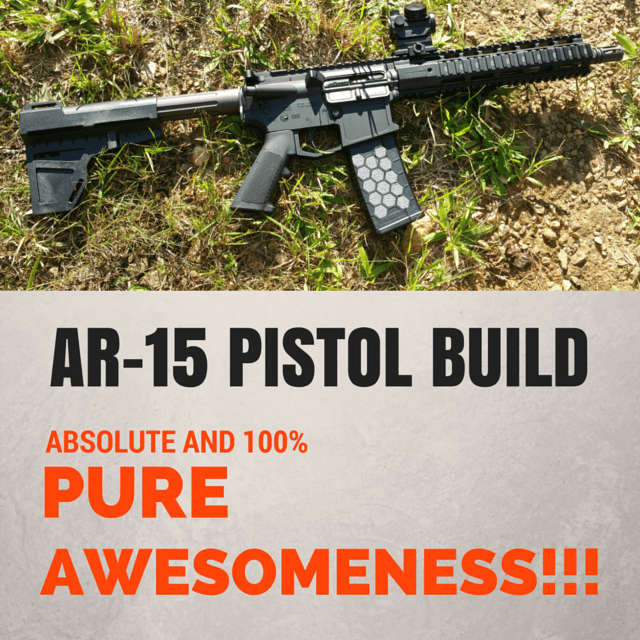 AR pistols are all the rage today and for good reason. They offer much of the size and maneuverability of an SBR(short barrel rifle) without the cost and time involved in a NFA tax stamp. “NFA tax stamp?” You see the government in all its infinite wisdom decided long ago that owning a rifle with a barrel length less than 16″ is just not something the American people should be allowed to do. If you want a compact and very handy “rifle” then you either pony up the money and paperwork for an SBR or you get an AR pistol. 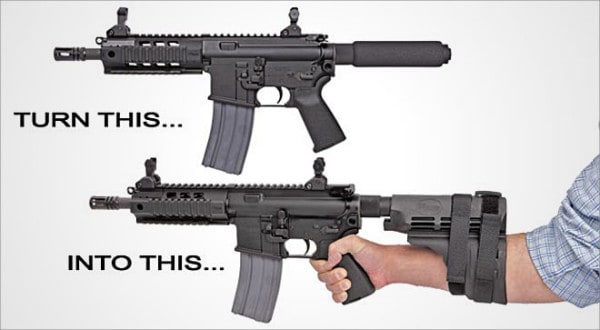 What has really increased the popularity of the AR pistol is the availability of “stabilizing braces”. These braces – with Sig leading the pack – provide an avenue for the AR pistol to have fantastic functionality. These braces are intended to be placed against or secured to the forearm thus the term “stabilizing”. There are some questions regarding the legality of  shouldering an AR pistol with a brace. I am not going to get into the specifics here however for more information see this great video:

Is the Sig SB15 Brace legal or illegal?

The goal of the project was to build a SBR-like firearm that is highly reliable, accurate, and maneuverable. After a substantial amount of research I selected each component based on both quality as well as price.

Completion of the Project

I took a Saturday afternoon laying out all the parts from the Anderson Lower Parts Kit, PSA pistol buffer tube, gathered tools, and set up my Chromebook. Assembly of the lower was done following YouTube videos step-by-step. There are tons of them and it makes assembly extremely simple.

I installed all parts with no issues including the HIPERTOUCH EDT AR trigger. Once everything was done I cocked the hammer back and tested the Hipertouch trigger – awesome. It breaks extremely crisp with little take up and reset is phenomenal.

Next I placed the Mid State Gen2 upper onto the lower and slid and locked down the Shockwave stabilizer. This thing felt like a dream in my hands but the real question is how will it shoot? Will it be reliable? Will it be accurate? Will the thing fall apart after the first trigger pull.

I took Venom (yes – I had to name it) to the range and fired 100 rounds through it purely for function testing. Lubrication was via standard Rem Oil. No issues. I set up a few targets and sighted the Bushnell TRS-25 red dot in at 50 yards. At closer ranges I shot a little low and at 100 yards my 4″ groups were slightly high. I am very pleased.

This initial testing took place 2 months ago. Since then I have shot an additional  400 rounds without a single bobble. Mostly the ammunition shot has been Monarch steel cased .223 55 grain FMJ and some Federal XM193’s. Numerous magazines were tested including Tapco, PMAG’s, and of course Hexmag. The Hexmag continues  to be my favorite.

Open sights will be added soon.

Here are a few pictures of Venom…… 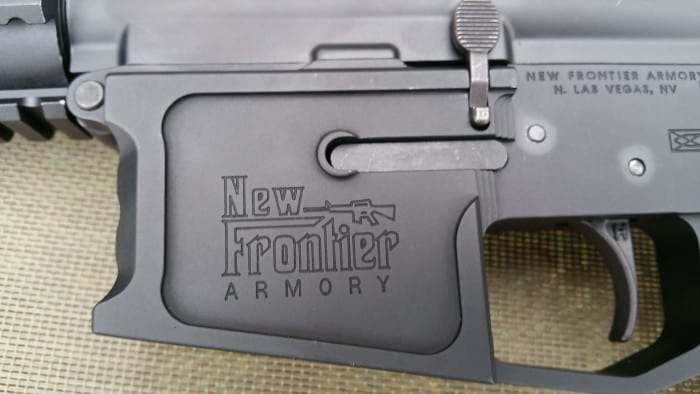 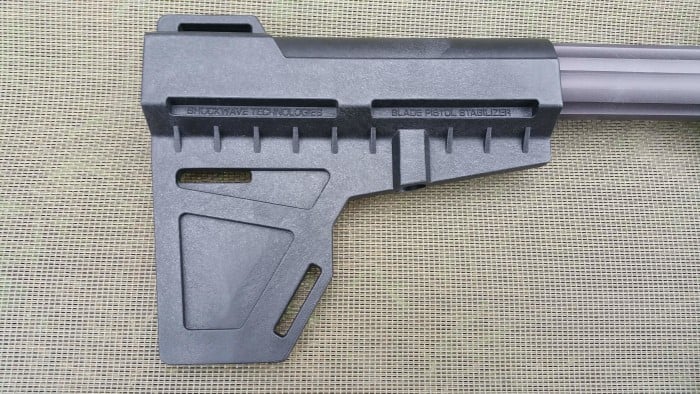 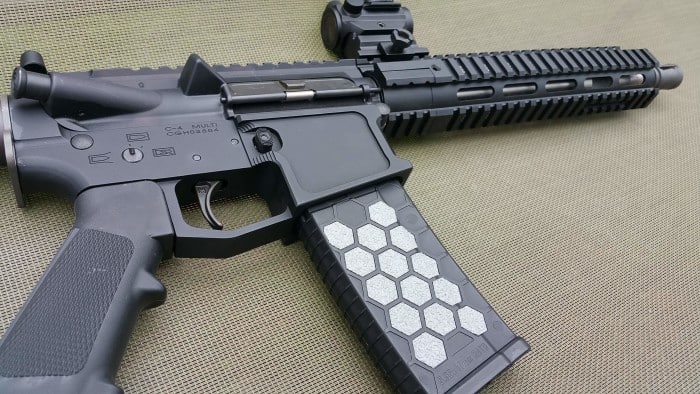 The Mid State Gen2 Upper has a 10.5″ SS barrel and lots of rail surface 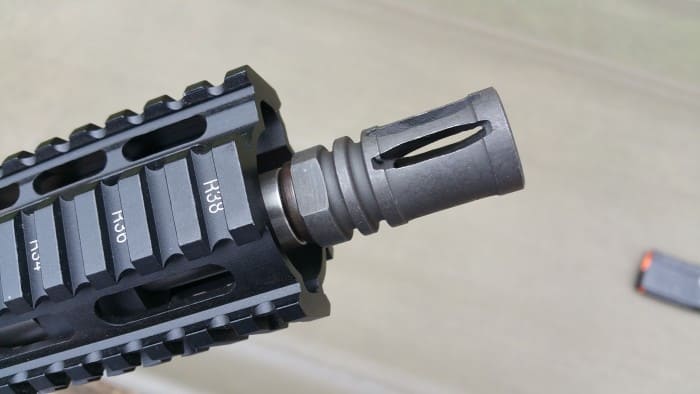 Single Point Sling Adapter – I like the versatility of this type. Clip on either side.

Bushnell TRS-25 with Riser – super rugged and it works 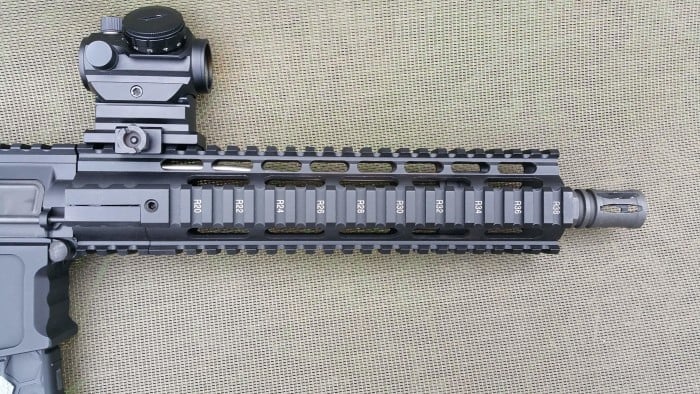 The Mid State Gen2 Upper has a free float rail system and a stainless 10.5″ barrel.

I built this to be a CQC option to be operational from zero out to 100 yards or more. So far it fits the bill just fine. I am looking forward to more trigger time and taking it through some “run and gun” courses.

We will not spam you.
Print
12
Shares