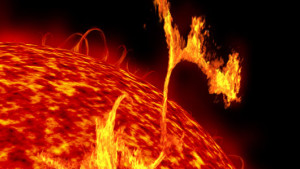 “Hey! Wouldja’ look at this!” One of the men yelled from the window.

Most everyone crowded toward the window, some of whom were eating snacks while they waited. Three men with rifles were nearing the gas supply tank.

“Now what?” cried one of the women.

Jim said quietly, “Now nothing. We can’t shoot at them. They’re too close to the tank. We might miss and the whole tank would explode.”

Bill shook his head. “We shoulda’ kept watch after sun up too.”

Sally’s eyes were huge, having spent her career in an office behind a computer writing Medifast reviews and sampling their meals she hadn’t been in any situations like this. “We’re going to freeze to death!”

Jil ignored her and went over to Aunt Gert’s cot. The older lady had been sitting there quietly. “Are you okay this morning, Aunt Gert?”

“Sure, child. Just conserving my energy. You know there’s nothing we can do but let those thieves take the gas. God will punish them.”

Sally came over and sat on Gert’s cot. “Is God punishing us too?”

Jil took a deep breath. Sally was so annoying.

Gert answered, “Did you do something to be punished for?”

“Then think before you say things. There are children here.”

Sally was tired of all this ‘making nice’ and trying to be positive, thinking back to when she was hired to write food reviews and mail Medifast coupon codes she had gone out of her way to be friendly with everyone in the company, even those who didn’t deserve it. There was nothing to be positive about. Stupid power companies couldn’t even keep the grid from crashing and we hadn’t had a decent hot meal since.

Bill got antsy and yelled out the window at the men. When they didn’t leave, he shot way over the thieves’ heads. The trio laughed and one shouted, “shoot again and we’ll torch the tank!”

Jim saw the color rising on Bill’s neck. He put his hand on his friend’s shoulder preventing him from shooting again. “Back off.”

Ron forgot about the short tempers flaring. He felt incapable of doing anything to make things better anyway. Talking to R.J. would help.

“We’re weather-locked today. Guess I won’t be there until tomorrow, Dad. Come back.”

“Okay. You be careful. See you then.”

Larry took the mike but didn’t bother to add “come back.” Nothing else was going according to protocol anyway.

Ron looked out the window to see the men escaping across the drifted parking lot with their 5-gallon gas tanks.