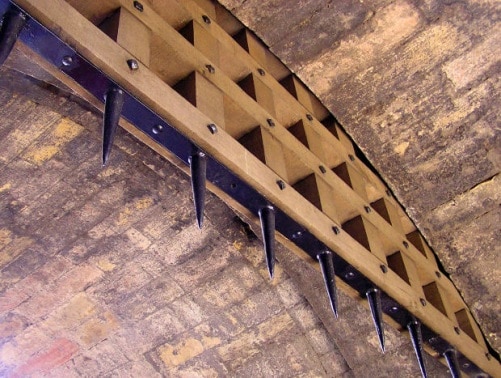 A home is not simply a place to sleep and watch mindless television episodes hour after hour. A home is a personal shelter for your home and family. Protecting those that you love and care about is something we can’t just play around with. We need to have systems in place that can withstand the best of times as well as the worst. I’ve been around the world and have found some very unique (and oftentimes disturbing) home security systems. If you really want to your home to be synonymous with a fortress, here is some of my advice.

Imagine those marvelous castles straight out of medieval times or the Lord of the Rings movies. Generally it looks similar to the

photo on the right; a large and slowly opening gate that is heavily reinforced and oftentimes built of steel. Historically the gate is the weakest part of a fortress and is the primary entry point of opposing forces. You don’t want this to be the case for your home. After all, a home is similar to your personal fortress without the cannon-mounted towers and giant, scalding buckets of tar teetering above the doorway. Still, you want to make sure anyone isn’t just going to pop a few hinges and walk on through.

While in Russia I noticed that most of their doors are inches thick and made of solid steel. I assume they were installed when things were chaotic from a social standpoint after the breakup of the USSR in the early 90s. These babies are inches thick and can stop plenty of outsiders. It isn’t a bad idea to replace that weak vinyl door separating your kids and an attacker. Defend the ones you love. 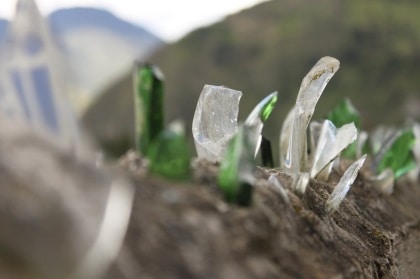 In the rural towns on the eastern side of China, homeowners care less about the ethics of their home security systems. For example, I noticed a number of stone walls (some up to 10 feet high) with glass shards cemented in at the top to prevent wall crawlers. I respect the lengths that the Chinese will go to prevent an outsider from entering their home unwanted. While this type of thing would not fly in the United States, determined home securers certainly have options at their disposal that will prove to be just as effective.

Growing up as a kid, I always wondered why my dad kept a Louisville Slugger underneath his bed frame. He hadn’t played baseball in years or hunted dragonflies with us during the summer. He finally told me why, just before he passed away. It was his last-ditch tool of defense against a possible home invader. I’ve heard of additional applications, but not limited to: lead pipes, firearms, brass knuckles, and fire pokers. With a solid security system in place, it shouldn’t have to come to a one-on-one showdown. But just in case it does, have that last line of defense available. One man’s trash is another man’s home security device.

Securing your home from an unwanted guest is critical. Your kids, your wife/husband, your dog, your belongings, your parents, your wealth, and your property are all at stake. If you can’t turn away a wandering eye when the moment strikes, you’re opening yourself up to a home invasion.

11 thoughts on “Personal Security for your Home when SHTF”