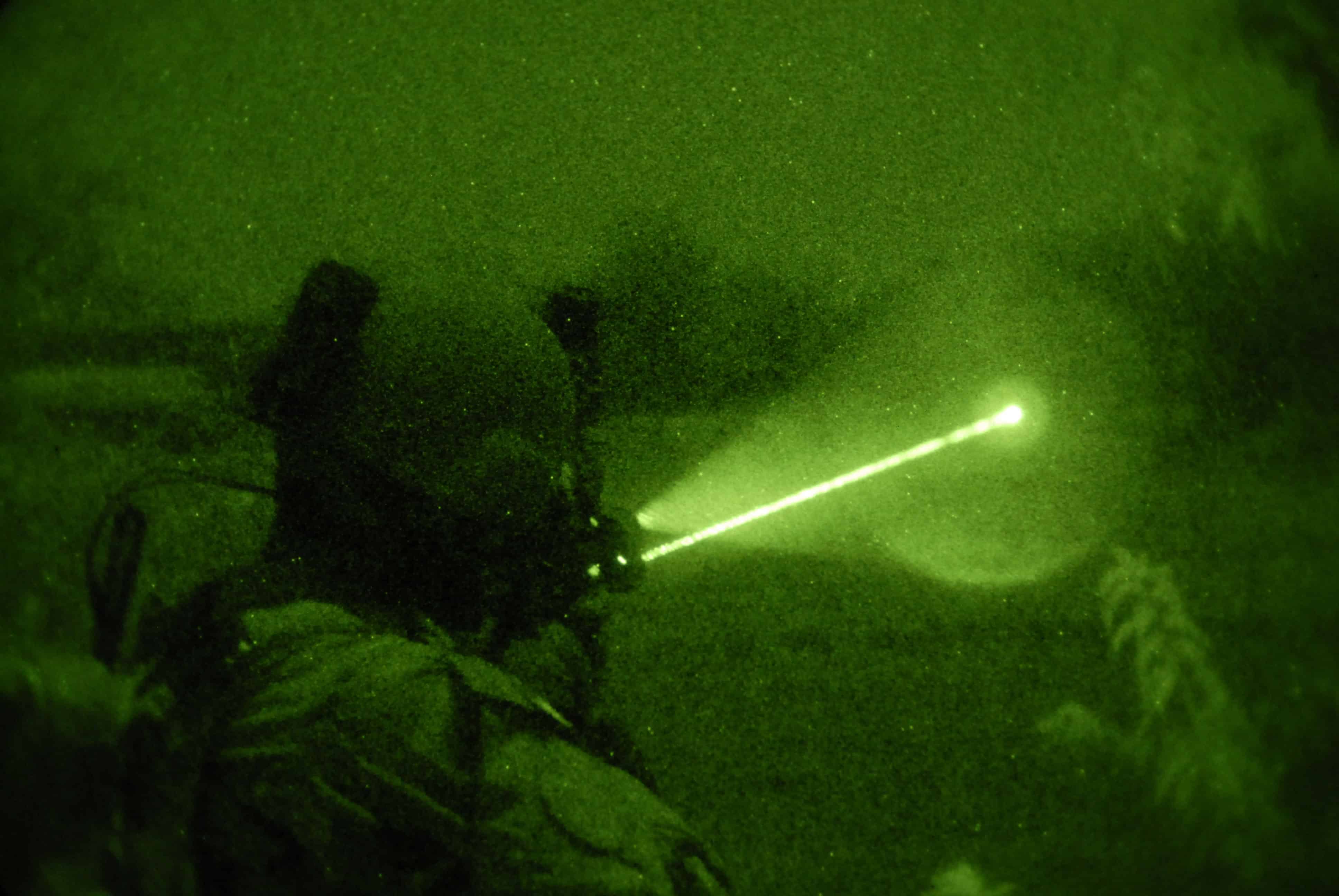 I just came in from playing with the skull gun. On my last string of 5 only 3 rounds got on the`6″X6″ cardboard. It was a good session.
How can that be GOOD? When I test out equipment or ideas, failure is the biggest part of the learning and improvement cycle.
If something doesn’t work right, or fails altogether, I now know that I need to re-evaluate my ideas, the way I use certain equipment, or just junk it and start over with something better. Without this testing, I would be doing this learning the hard and possibly deadly way in the middle of a fire fight or disaster.
If you think that you have it all figured out. Prove it. Test your assumptions. Reality may be entirely different than what you think it is. Just because something works for you in the best of conditions does not mean it will also work in the worst.
What was my test tonight?
The .223 Skull gun is set up with the .22LR conversion kit at 50 yards with a hasty zero on the dot sight and the IR laser. Target: a 3/4″ dia. red dot on a 6″x6″ cardboard in a 12″x12″ bullet trap. Conditions: overcast sky and failing light going to dark.(BTW I was using a Caldwell chair pod that makes fixed shooting and especially zeroing a joy) I know for a fact that none of the sights are co-witnessed and only roughly zeroed. The laser has been off the gun for repairs.
Using the open+ reticle and the 3x magnifier I shot a 5 round string. It is` hitting high and right. Rather than adjust the windage and elevation after each shot I used the spotter scope to determine the hold- high, low, right or left. After using one string to find my elevation hold (it was shooting high) I used another string to determine the windage hold (it was about 2″ right) I switch to the single dot reticle as the + is not quite working out.  I then held the spot I determined and shot a 10 round string….3 on the dot and the remaining 7 in a ragged 3/4″ hole just below the red dot. It sometimes pays to know a couple of ways to do things. This was also a good test of the procedure used for Horus vision scope reticles, of which I do not have, but plan to get for my LR308 for 500-1000 M. shots.
OK the light is failing fast.  I put on the helmet mounted AN/PVS14 switch it on and check the POI of the activated laser against the dot sights POI. The laser is hitting about 18″ below the dot sight. I activate the NV and hold its strobing dot about 2′ low and fire one round. The trap catches it but there is no strike on the cardboard. This is too much error to correct without adjusting the laser, difficult without a spotter. Lesson learned: get a better co-witness of iron, dot and IR sights and try again later. Also try this without the helmet mount with the NV behind the dot sight rather than the difficult helmet/sight alignment.
I put up the NV helmet and switch to a head harness high intensity LED that reaches out about a hundred yards. At 50 yards it is projecting a 2’x 2′ square of light. This is not an idea I like but I could be forced into it. I use the head harness to illuminate the target, fight to acquire the dot and shoot a very slow string of 5. Three of those make the cardboard, the other two in the trap. This was difficult to do, align the head mounted light and also get a good sight picture on the target. Lesson learned use a weapon mounted light.
This is just an example that triggered the idea for this article. There are many ways to test yourself and your ideas on what is useful and what will and wont work. The first time I fired up my fire pit, I learned that the pump water pressure that was fine for the house would not quickly knock down a bonfire. It probably wouldn’t control a house fire either….time to adjust my previously held ideas. Do you really have the skills to manage the many different components of disaster or grid down, or do you just “think” that you do. Have you tested yourself? Now is the time to find out, while you can make corrections, not later.
Regards, D.

10 thoughts on “….On testing yourself”