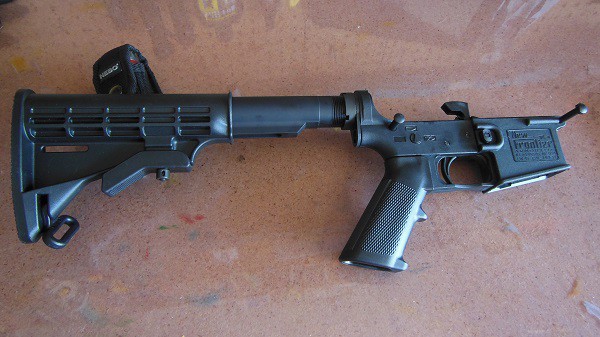 Several weeks ago I received a New Frontier LW-15 polymer lower for testing – and to build another AR. I know many may scoff at the use of polymer in an AR lower – much the same way traditionalists rolled their eyes at this new plastic gun that came out years ago – called a “Glock”. That plastic gun turned out to be OK. I was originally attracted to the New Frontier due to their low cost. An entire complete lower can be purchased for $119. This includes the lower, trigger group, 6 position stock with buffer assembly, and magazine release and bolt release parts. Watching many video’s on YouTube and reading other reviews I felt pretty comfortable with the decision to acquire the New Frontier.

My initial impression upon receiving the lower was how light it was. Of course I knew it would be lighter than a standard aluminum lower but it is really light. It also felt very solid. Next, I felt the trigger pull being careful not to allow the hammer to fall free. The trigger pull was a little on the heavy side but extremely crisp with absolutely zero take up. The trigger pull is advertised at 4.5 pounds. I did not have a scale to measure it however it does feel heavier than that to me. I pulled the trigger with enough force for the hammer to fall, the trigger moves rearward slightly (hardly any overtravel), I then release the trigger and a clearly audible “click” is heard as the trigger resets – and it’s ready to go again. The only real issue I have with the trigger group is the use of polymer parts as the hammer and trigger is plastic (as well as takedown pins). Although I don’t care for this aspect of the components I had no issues during firing whatsoever. 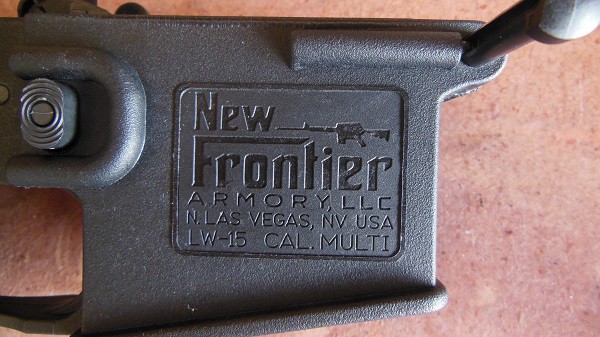 Overall fit and finish is excellent. I placed the New Frontier LW-15 on my Stag Arms upper and had no issues whatsoever. Everything fit extremely well. The polymer moldings and finish looks great with only a hint of “machine markings” or “mold flash” in a few places and I must emphasize this was minor. Really a very attractive lower. 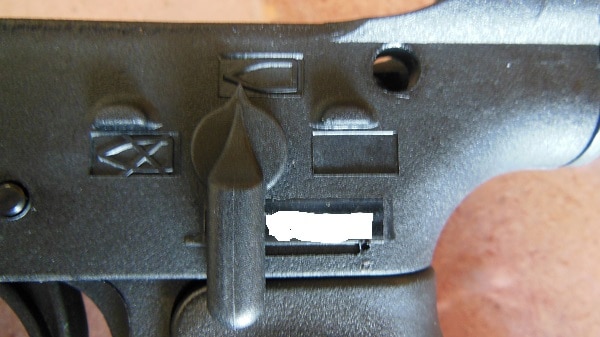 The safety selector worked with no issues and as seen in the picture above shows a “bullet” as FIRE and that same bullet with an X through it as SAFE. Pretty easily recognizable.

The safety is NOT ambidextrous although it is reversible. The opposite side of the safety selector provides for the same graphics for identifying the current state of readiness of the firearm. 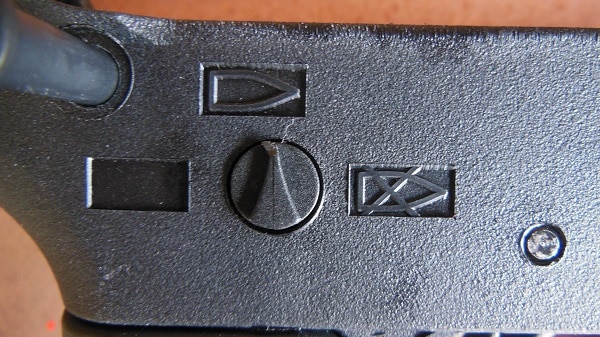 I started the title of this article with “Initial Evaluation” as I am not done yet. I placed the LW-15 on my Stag upper and shot a couple hundred rounds. No issues at all…..none….zero…..zilch. I could feel the difference in weight which was welcome and firing through the rounds was uneventful.

So – now what? I am looking to try to build a lightweight carbine taking full advantage of the polymer lower. I am also considering replacing the trigger group – but time will tell.

I know there will be criticism from those questioning the durability and “combat readiness” of the New Frontier LW-15. I may get asked the question – “Will it survive 3,000 rounds?” Answer – I have no idea as I haven’t fired 3,000 rounds through it however there are many accounts on the ‘net of those that have and had no issues.

For more information on the New Frontier LW-15  – visit their website at https://newfrontierarmory.com/.