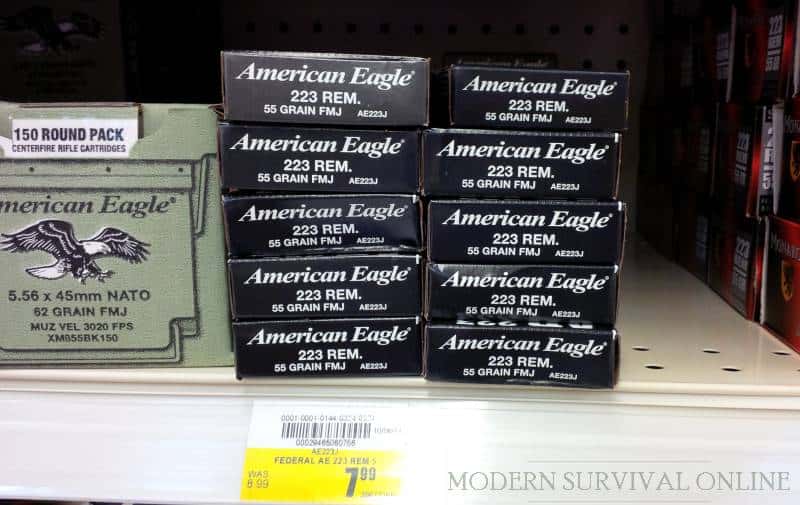 I had written about this before back in December of last year and my opinion have changed substantially. I think the recent ammunition and magazine shortages woke me up to the realization that someday you may be faced with the situation that what you have – is all you have – forever. Consider that for a moment. If, for whatever reason, your current supply becomes all you will ever have – no ability to resupply. Do you have enough?

Not only do you need to have ammunition and magazines for defensive purposes, but you need to be able to practice and train. What you have right now may need to last the next 5, 10, maybe 20 years. Puts things in perspective doesn’t it.

Well, back in December I said –

As stated – my beliefs have changed – as well as my calibers. Based on recent events and thinking – my goals are as follows:

These numbers and calibers may change again as my armament changes. I have made some good strides toward my new goals even during the shortages. These numbers represent supply for me and my family – and a few friends using several firearms.

Magazines? I still feel that a minimum of 10 magazines should be had for each magazine-fed weapon. I have made strides here as well but not yet where I want to be. For a main “battle” rifle like the AR or AK – many more than 10 magazines should be in supply. Magazines can wear out, be damaged, lost during use – and having plenty of filled magazines when they are truly needed is a Godsend.

So, how much ammunition is enough? What do you think?

We will not spam you.
Print
2
Shares

23 thoughts on “How much ammo is enough?”