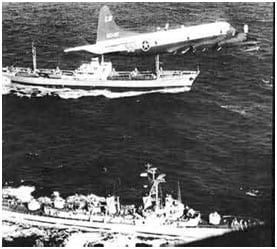 I was born into the cold war between the United States and the old Soviet Union, my parents had grown up in the great depression. I don’t remember if it was the Cuban Missile Crisis or if it was before then when my father started to prep but with a weekly pay check of less than $75, we couldn’t afford to buy very many cans of extra beans.

But when we moved out of that 800 square foot house in 1975, I threw away the whole boxes of canned goods my father had put away.  Amazingly the cans didn’t have any evidence of failure.  Throughout my youth I replayed the battles of World War 2, using my Replica 1903 Springfield Parade Rifle that I had I added a wooden magazine to so it and made it M-14.  I had picked up bunches of surplus military gear at flea markets to use in my battles.  Beyond that I was a scout which taught me self reliance how to adapt and overcome because I had to, my families low income made this paramount.  I work a paper route delivering news papers for extra income. I know that some of my earnings were used for the family expenses and my change box was short off and on.  That’s life.I earned about $10 a month and was fairly happy.  In high school my father passed away leaving me to care for the family and acting as the family driver.  I went to school and provided the transportation for everyone in the family.  While in high school the social studies department got funding to teach a program call American Wilderness. This included a backpacking program. The wilderness club chartered buses once a month and held hikes to various locations.  Some of the program covered survival skills using military training films to teach you tricks and skills. This and the 1971 earthquake caused me to believe I had to start planning for difference scenarios.  But it was the early 1970’s and the cold war was still very active. Nixon hadn’t gone to China, Reagan was still Governor of California and we didn’t know if the Soviets were going to nuke us.  I got married in 1982. I was at what I now call “the ranch” doing something outside, my prepping plans were never rushed, never war emergency until one day I saw three B-52’s over flying the area refueling off a KC-135 and heading for the ocean. 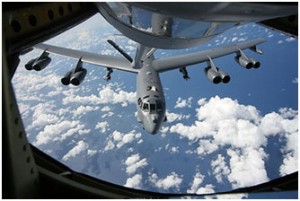 This was a wakeup call. After that my preps took on a new urgency no longer was yard work my primary concern. Over the years I had become trained as a practical Pistol and Rifle shooter and was fairly good. I even found a legal way to write it off my income tax.  I even helped out training new shooters weapons handling and safety. Around this time a second warning hit home I was just getting ready to jump in the truck to go off to night classes when a missile was launched out of Vandenberg AFB. 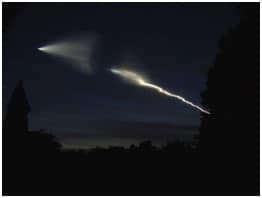 The view was much like this photo but it was punctuated with a staging of the second stage booster that filled the sky with a glowing orb of sunlit gas as the last of it fuel ran out. But again it warned me to prep and be ready for the war between the United States and the Soviet Union, the old monster was still there still rearing it head to add to my prep work. 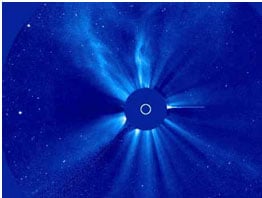 As my family grew I had to grow with it using my skills as a scout master. Teaching wilderness survival skills and backpacking to the new scouts not always the scout way. The thing is this all grew out of the cold war and having so little to work with. So the reason I prep is family.  All of my actions have been to provide supplies, skills and support while many of my preps are nuclear war related, they crossover. Many of my job skills have become more prepper applicable with the changing of the threats.  I prep because with the changing threats I still have to protect my family, and it seems like twice a year there is a new threat somewhere that I have to prep for. Whether I prep for an earthquake, pandemic, coronal mass ejection (CME),  electromagnetic pulse EMP, nuclear war, economic collapse, hyperinflation, depression, comet impact, asteroid strike, oil crisis, or a polar shift, zombies, and vampires… Yes I do have a supply of wooden stakes stored, but not for vampires. They are for staking down a tarp or tent, but if by some quack of fate “Chance” my dog and I have to face down a hungry vampire, I have stockpiled garlic and wood stakes to wreck havoc on them blood sucking freaks. Oh crap, I forgot the holy water… 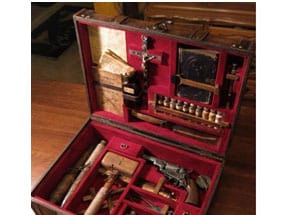