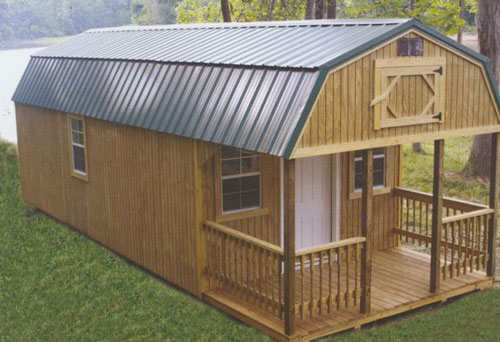 I’ve been mulling an article of some sort about how things are changing so fast, and that the center can’t hold against pressure like this forever, but Remus surely beat me to it.

It doesn’t really matter, though; it’s not like you really needed to hear it from me (or him).  Take any number of recent headlines and tell me your thoughts:  Planes being shot down, planes disappearing altogether, a new cold war, BRICS reckoning they need their own central bank, Israel and Hamas deciding to give it a go, Turkey upping the ante with a flotilla, the largest Ebola outbreak ever, diseases of old reemerging, a full-blown border crisis, a stock market that is due a huge correction, rivers flowing freakin’ red in China, and… *exhales deeply* …I mean, I feel like this guy…

So what’s a fella’ to do?  Of course, we all know the basics:  get your food, first-aid and firearms; get your family on board; and get out of the city.

One consideration is establishing a retreat, or at the least, alternative/secondary housing.

I have a friend that, after his divorce, bought one of those sheds that seem to be in everybody’s back yards these days.  It’s a little nicer than most, but still just an unfinished shed on the interior.  He got it used (a repo – signs of the times), and hauled it himself to a spot deep on some family land.  He added a solar system and finished it out.  He’s completely off the grid.  The problem is, the world’s still spinning, and he’s out of cash reserves.  Now, he’s back working.

This is an example of someone that took the next step.  Very commendable.  He committed himself to checking out of the system.  But he’s still not really out.  This isn’t necessarily a cautionary tale; he did a lot of things right.  It may have been years before he was able to make a clean break without having to look back.  The time was as right as it was ever going to be, so he took the leap.  That’s more than most can say.  But it’s not without complications.

Know that – whatever the next steps are for you, they’re going to be complicated, because you’ll be swearing off some amount of society.  And society won’t understand that.  They’ll ridicule you, things will get uncomfortable, and you’ll probably regret some of your choices.

And yet, we’ve got to do it anyway.

Rules of the Game:

I want to talk about retreat options that we can have in place in case it starts getting real.  And “getting real” doesn’t have to be TEOTWAWKI.  It could be extended unemployment that results in a foreclosure, or a house fire.  I’m going to lay out a few ideas, but this is also a brainstorming session for all of you.  So here are the rules:

Feel free to apply these same rules to my suggestions to improve them or strike them from our list.

A note:  I’m not going to spend much time talking about bugging out to the family homestead.  There’s not much to say about this one (that hasn’t been said before), other than you need to have everyone’s expectations clearly expressed – and probably on paper.  Personally, housing a dozen folks at Momma’s doesn’t sound appealing, but after some consideration, that may be your only choice.

I like the prefab shed option.  The exterior is already complete and you can work on finishing out the interior as time permits.  Cost is relatively low.  Adding on is as simple as a lean-to, or buying a second shed.  Its location is not permanent, and can be moved if need be.

There are some limitations to where a shed can go.  You’ll need some property, or family with property.  If the location is close enough to home so that you can use it as a weekend retreat, it’s probably fine by itself.  But if you won’t visit the place for months at a time, you’ll need a caretaker nearby.

In some areas, it’s going to be a little more difficult to get your shed on the grid – local ordinances and restrictions and whatnot.  You may have to have an approved septic system prior to power being turned on.  You may also have problems getting it approved for living quarters.  Check on this prior to buying.

Of course, if you’re doing it on the sly, then those issues fall by the way side.  But new problems arise.  For power, are you going to install a solar system and leave it?  How long before somebody jacks your equipment?  Will you transport your power system back and forth instead?  Will the trouble of hauling it back and forth discourage you from going up to your new weekend getaway?

If possible, I like a shed on the grid with a back-up solar system that can be taken with, if the need ever arises.

Depending on your locale, the floating cabin could be a viable option.  I know more than a couple folks with one of these.  Some are really nice, some are shacks, but they were all done on the cheap.  One guy bought his for $1800 (already in-place).

Just because you’re close to a river doesn’t mean you can make this work.  You need the right kind of conditions.  Preferably, you’ll want a river with a large drainage basin and numerous, winding tributaries (we call ‘em sloughs – pronounced, “sloos”).  Pull your floating cabin deep into the backwaters, as far away from the regular haunts as you can.  Tie it off to several nearby trees (leaving plenty of slack for the waters to rise and fall), and you’ve got a backwater retreat.

If SHTF, I’d down a tree across my approach slough.  Of course, you don’t want the tree to look like you felled it purposefully.  Snatch a dead one from bank to bank.  If someone had the foresight to bring a chainsaw with them, the sound would carry far and wide in your swamp.

Of all the folks I know with floating cabins, I’ve never heard one speak of anything being stolen.  I imagine that restricting the interaction to folks that are in bass boats reduces the risk.  Sportsmen tend to respect property a little more than the average, land-lubbing, backwoods meth broker.

Last weekend, I sat on the front porch of one of these rigs and talked about surviving on it full-time.  Fish would be plentiful, and water could be treated.  The gent’s defense lies in simply being difficult to reach – too far for someone to paddle, and plenty of time between first hearing an outboard and setting up his ambush.  One suggestion that came out of our roundtable was a floating, raised-bed garden.  The right vegetables would supplement your fish and wild edible diet quite nicely.

I’m no sailor, so I’ve linked to those who know more than me.  Life on the seas concerns me, because a threat can come from 360 degrees.  In the right place, however, you might be secluded enough for it to be worth considering.  A small fleet of sailboats would make for a resilient community.  This is also the most expensive option, I imagine.  Remember the old acronym for BOAT:  Break Out Another Thousand.

(Video:  Living on a Houseboat)

The houseboat has all the benefits of the floating cabin, except that it’s much more mobile – until you’re out of fuel, that is.  I can see sufficient long-term fuel storage being an obstacle.  Also, the floating cabin has no moving parts, so it would be a more reliable choice (it is where it is and won’t strand you where you don’t want to be).  If this route suits you, however, find a used boat in need of some work, if you have the ability to do the repairs yourself.  Choose a diesel engine over gasoline – it’ll be more reliable and safer.

I don’t really consider the stealth RV a permanent retreat option, but some of the people on the above links have done just that.  I chose the stealth RV over a traditional camper because you could build your own for half the cost.  On the other hand, if you scour the classifieds and Craig’s list, you may be able to find a traditional used camper for a reasonable price.

If you plan to relocate to a piece of property (that you own outright), I prefer a prefab shed over an RV.  However, if you need to bug out to friends or family, and they don’t want a permanent fixture on their property until then, an RV is a viable option.

Of course, the best retreat is one you live in full-time.  That presents a lot of challenges, though.  Like my friend, if you commit to your retreat, but don’t have a sustainable income stream, you may find yourself in a bind.

Conversely, not living at your retreat means that a lot of your infrastructure may not be established.  Shelter is only the first step.  You still need livestock pens, gardens, smokehouses, wells, root cellars, etc.  You better bring enough food with you to last at least a year (and depending on your specifics, maybe two years), without relying on any contributions from the retreat.

…these are but a few of my thoughts, meant to spur this discussion along.  I’m looking forward to hearing from all of you.

5 thoughts on “Getting Past the Basics: Retreats”