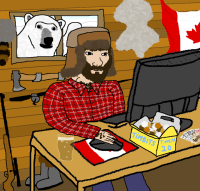 Two federal agents operating under the umbrella of U.S. Customs and Border Protection (CBP) are claiming that eight Syrian illegal aliens attempted to enter Texas from Mexico in the Laredo Sector. The federal agents spoke with Breitbart Texas on the condition of anonymity, however, a local president of the National Border Patrol Council (NBPC) confirmed that Laredo Border Patrol agents have been officially contacting the organization with concerns over reports from other federal agents about Syrians illegally entering the country in the Laredo Sector. The reports have caused a stir among the sector’s Border Patrol agents.

– – The above excerpt comes via Breitbart.com

“PRESIDENT OBAMA IS THREATENING to veto legislation aimed at improving screening for Syrian refugees, potentially putting the White House and Congress on a collision course in a matter of days.”

Unreal. You would think that the President would jump at the opportunity to cooperate with Congress to quell fears regarding the refugees.

I need some of these……

I have discovered once again that “Mrs. Smith” makes one heck of a pumpkin pie.

Stay safe out there and keep your head on a swivel.