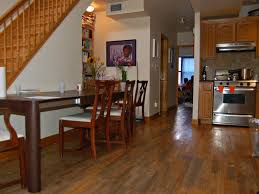 Over the last several years I have met many like-minded people. Preppers. Survivalists. Homesteaders. I joined a survival group a few years ago and the group has become extremely tight. It hasn’t been all “palm tree’s and ocean breeze” but we have stuck together. With the stuff going on the world now we are stepping it up in a major way.

Along the way I have met some very interesting people. While many were good people – Patriots who had concerns for the future just like me – others were a couple cans short of a six pack(if you get my meaning). When inquiring why someone is preparing and they answer with no kidding – “The aliens are coming back“, well – that is someone I am not interested in networking with.

There are people out there who look to take by force supplies from people. Going house to house – door to door stealing food and water and anything else they wish. This is done by force killing women and children if necessary. Some of these pathetic people even proclaim their plans on Youtube. With people out there like this care has to be taken when meeting other preppers.

Meeting in public places is a must. Vetting the other party using social media and the internet when possible can rule out certain nut cases. First name basis only? Good idea. Use a fake name? Certainly can be done and depending on the situation could be a very good idea.

When I meet with other preppers and it is planned I usually do a two on one. A fellow group member and myself will meet with the person. Safety in numbers but also they may pick up on something concerning where I might miss it – and vice versa. Often we meet over lunch or breakfast.

I have met with people who have contacted me through this website. I have used Facebook and MeetUp.com. I have used Craigslist. I have met preppers while at a local shooting range. I have met fellow preppers at Preparedness Conventions and gun shows.

I will not have anything to do with racists. Radical’s of any type need not apply. One affiliation I prefer is Christian.

For the most part everyone I have met have been great people.

You can’t go it alone so at a minimum get to know your neighbors.