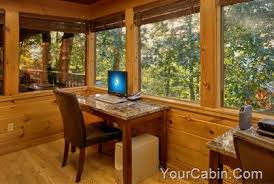 I guess today’s “From the Desk” is heavily concentrated in politics.  C’est la Vie

The shooting yesterday in San Bernardino, California was terrible and is still developing as I type this. What a waste of lives. As it stands right now a man and a women have been killed by police and a third person is in custody. Although 14 people were killed initially several are in the hospital in critical condition. Prayers are needed.

We all know what this is don’t we? A terrorist attack? Seems like it to me although law enforcement investigators refuse to say. Radical Islam? I would put money on it. Interesting still is remembering Obama’s tidbit about women and children refugees not being a threat and it appearing at least in this attack a women was involved.

Liberals are coming out of the woodwork screaming for more gun control. Ridiculous. These murderers broke multiple laws during the commencement of their act. No laws will stop the determined and immoral.

Obama will speak – It’s just workplace violence or a protest over a lack of effort on climate change that got a little outta hand. Yeah. He has already mentioned using executive action to further gun control efforts. From my research there is little he can legally do. Knowing him he will do something illegal knowing it will take months to have the courts settle it.

President Obama is sending an “expeditionary force” of special operators to carry out missions against ISIS in Iraq and Syria. From NationalReview.com:

Defense Secretary “Carter got a hint of just how difficult it may be to sell Congress on such legislation when Representative Tulsi Gabbard (D., Hawaii) suggested that Obama’s decision to place American fighter jets equipped “to target Russian planes” on the border between Turkey and Syria, and his stated opposition to Russian-backed Syrian dictator Bashar al-Assad, could lead the U.S. into a nuclear war with Vladimir Putin’s regime.”

“Russia’s installation of their anti-aircraft missile-defense system increases that possibility of — whether it’s intentional or even an accidental event — where one side may shoot down the other side’s plane,” Gabbard told Carter. “And that’s really where the potential is for this devastating nuclear war.”

Seriously. This guy is mentally unstable. He believes there are fish swimming through the streets of Miami on high tide.

This is my rifle. There are many like it, but this one is mine.

My rifle, without me, is useless. Without my rifle, I am useless. I must fire my rifle true. I must shoot straighter than my enemy who is trying to kill me. I must shoot him before he shoots me. I will…

My rifle and I know that what counts in war is not the rounds we fire, the noise of our burst, nor the smoke we make. We know that it is the hits that count. We will hit…

Before God, I swear this creed. My rifle and I are the defenders of my country. We are the masters of our enemy. We are the saviors of my life.

So be it, until victory is America’s and there is no enemy, but peace!