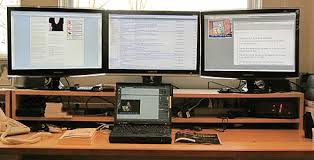 Political correctness has taken a another step towards total oblivion of common sense as the department store chain Target is removing labels which designate “girls” or “boys” in the toy, bedding, and other areas. The demise of America is well underway and the Liberal, Progressive, anti-Christian left is gaining foothold.

Just an FYI in case you are unaware: Do not, I repeat do NOT enter the ocean with your Samsung Galaxy Note 4 cell phone in your pocket. Cell reception is just horrible afterwards.

Getting ready to yank everything out of the garden this coming weekend. I have a couple watermelons left but time to get it ready for the Fall.

Another FYI: If you own dogs and love them check the treats you are buying. If they are made in China get rid of them. There are a lot of stories of these treats containing all kinds of harmful ingredients including glass.

Although I am not a technology freak requiring every new gadget that comes out I do enjoy modern technology. Cell phones, tablets, Bluetooth-this, and wireless-that – it can be fun.

Here is a quick poll: