Watching one of those cop shows yesterday there was a story of a guy riding down the street on a bike and he gets pulled over(don’t remember why). He was searched and they found $200 in 5’s and 1’s, and a Hi-Point 9mm pistol. He had no ID therefore no permit. Here is what I wanted to pass on about the show  – the officer investigating checked the magazine and saw the hollow points. He said – “I wonder where he got these. These are hollow points and only law enforcement and military are supposed to have hollow points.” He asks the guy where he got the ammo from and he responds “Wal-Mart”. The officer said he doesn’t believe him.

ISIS beheaded more Christians in Libya because they would not convert to Islam. Another indication that there is an attack on Christianity both abroad and here within the states. I have always looked at it as freedom OF religion – not freedom from religion.

Did a decent amount of shooting this past weekend continuing the testing of the Kel-Tec PMR 30 and got my first trigger time on the Canik TP9 SA. By the way – Classic Firearms still has the Canick for $339.99. Great pistol. 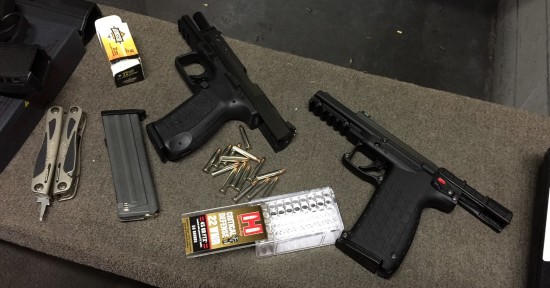 I hear the Eagles plan to sign Tim Tebow. Glad to hear it and hope it happens.

When I had my technical difficulties last week with the website I thought I had only lost a ton of images. I was wrong. A few hundred posts disappeared as well, however I have found them. I will begin to restore them this week. As far as the pictures that is a tough one. Some older posts will not look right as the pictures are gone.

Taking this week off from working out. I have been dealing with shoulder pain for the past few weeks and have tried to work through it. Need to try some rest and see how it respond. The pain is a result of playing with two big husky’s. I have a very bad feeling about what might be causing the pain.