I love flashlights and have since I was a kid. With today’s technologies flashlights are brighter, lighter, and cheaper than ever before. LED technology has taken flashlight brightness to a level never seen before. I have flashlights I have paid over $60 for and I have some I have paid as little as $1.00. When it comes to preparedness supplies the flashlight is probably one of the most basic and fundamental supplies to have on hand…..always.

First up is the UltraFire CREE T6 XM-L 1000 Lumen Flashlight.

This light is advertised as throwing out 900+ lumens of light with 3 modes – low, bright and strobe. It is also water resistant and is sized to mount on a 1″ light mount for a tactical rail. The housing is aluminum and it includes a belt clip.

My Take: I have been impressed with this light. It is a smaller light at just under 5.5″ inches long. Similar in size to a Streamlight PolyTac. I would use the word “streamlined” to describe its build and feel in my hand.

It “feels” durable due to its weight – it does not feel cheap. Not heavy, but just right. The front of the light has a protective shroud that protects the crystal clear lens. The shroud is the typical “tactical” style with raised edges for use as a weapon to strike with. I would not want to get hit with them.

Belt clip is metal and is held on my two small screw. No testing was done as to the strength of the clip as that is not how I carry a light. It seems pretty strong and capable.

The UltraFire is turned on via a end cap push button. It does make an audible “click” when activated so you know that you have pressed it far enough. I had no issues with turning it on and off many times.

Lastly – and likely most important is the light it throws out. It is very bright for a low priced flashlight. The beam is focused and penetrates darkness well. The 3 modes work well and are changed via slightly depressing the end cap switch to move from one mode to another. On its highest setting is is VERY bright – but not even remotely close to 900+ lumens. Compared to my SreamLight PolyTach it is substantially brighter than the 130 lumens the PolyTac displays.

I would estimate the output of the UltraFire CREE T6 XM-L at around 250-300 lumens.

Very similar to the UlraFire in many ways – this light is advertised as 1000 lumens and also uses the 1850 3.7 volt batteries.

Slightly longer, the TrustFire is not as compact due to its larger lens shroud – which also has the raised “tactical” edges just like the UltraFire. The TrustFire turns on and off via an end-cap switch which provides a distinct “click” when actuated.

The TrustFire does feel a bit light – but so far it has proven very durable. It has been riding in packs, glove compoatments, back of my Jeep, in my pocket, and carried around while walking at night. Certainly not a torture-test but has been reliable nonetheless.

As far as power goes – the TrustFire is extremely bright – but not 1000 lumens. Again – for a flashlight that costs so little, this thing throws out some serious light. I would have to guess between 300 and 450 lumens.

Comparison and Which One To Buy

The TrustFire, like the UltraFire, has many positive reviews on Amazon and for good reason: Both the TrustFire and the UltraFire are great values and are similarly priced.

When comparing and/or recommending either one of these lights let me make the following statement: Yes, I am fully aware that both of these are made in China and are not direct replacements for well known brands such as Streamlight and Surefire.

With that out of the way let’s move on to the comparison.

Right off the bat lets compare the brightness and range. Below are numerous pictures showing different environments and how they compare against each other. 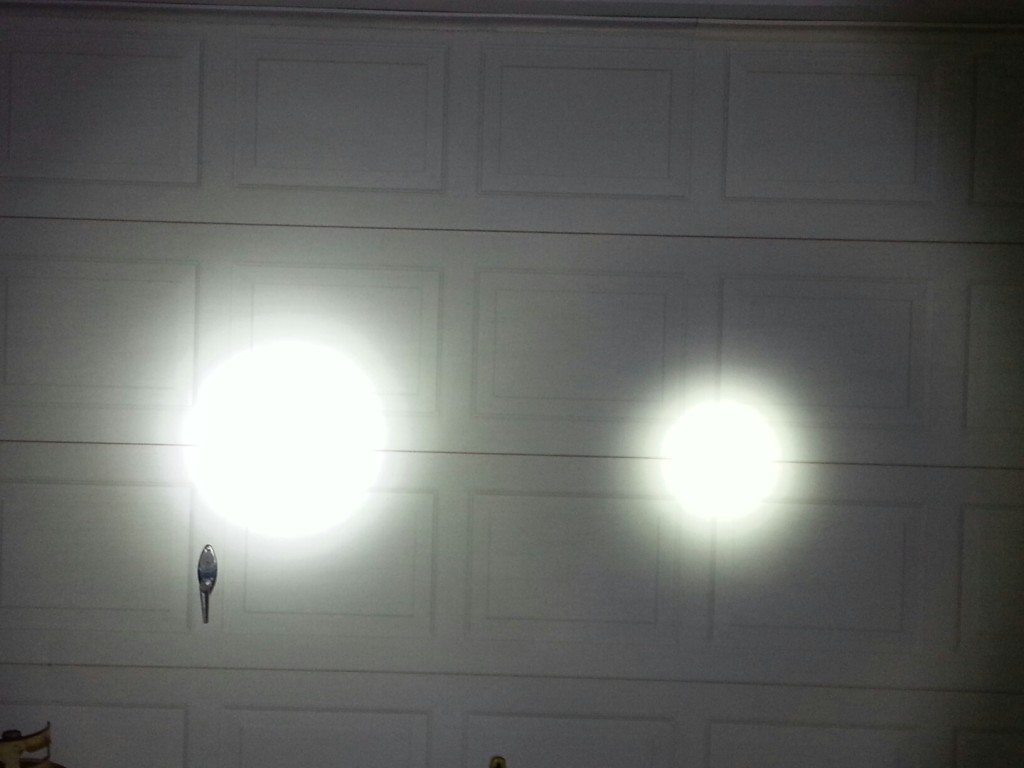 ABOVE: TrustFire on Left – UltraFire on Right

BELOW: TrustFire on Left, UltraFire on Right 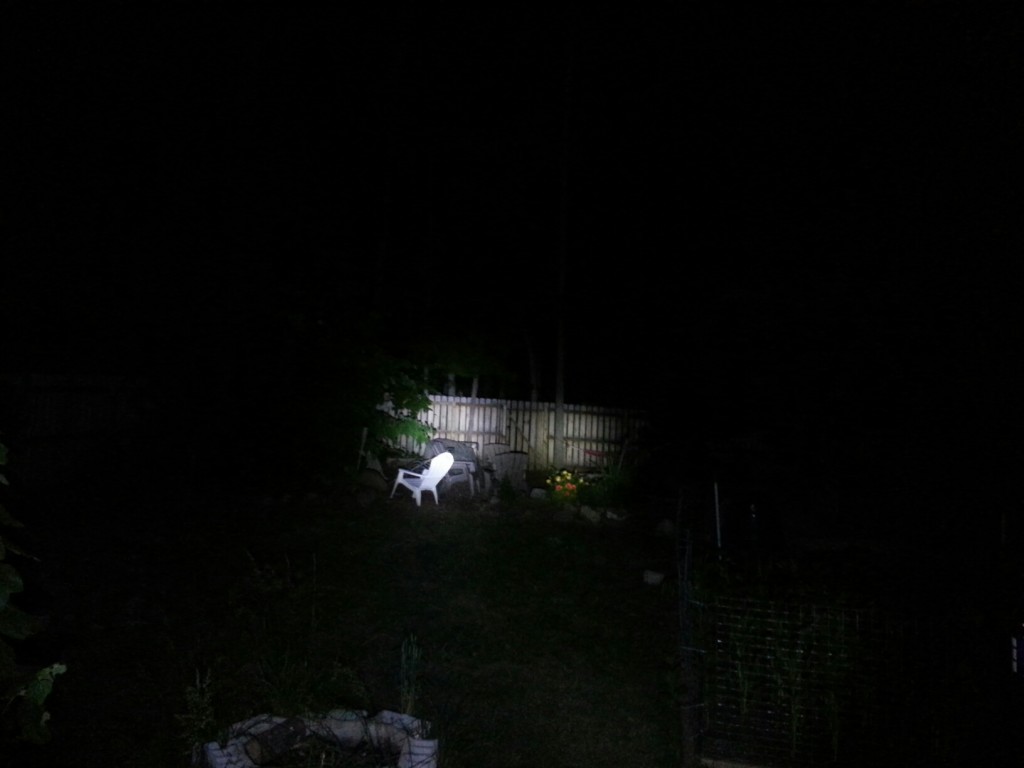 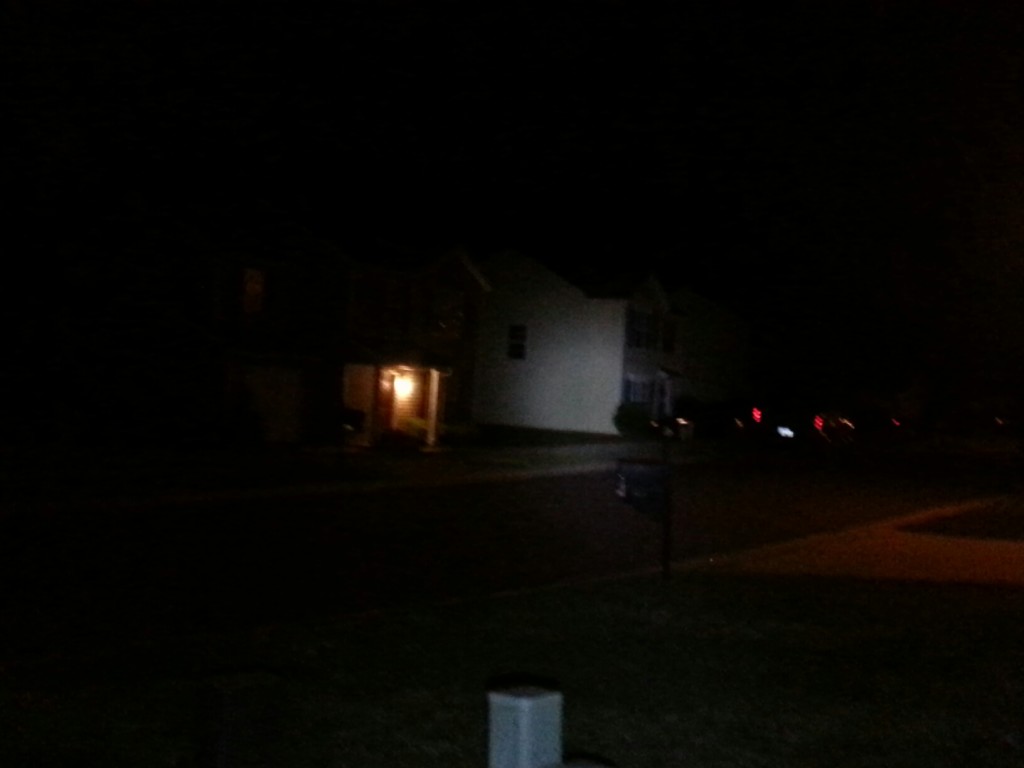 ABOVE: TrustFire shining on house across the street

BELOW: UltraFire on same house across the street 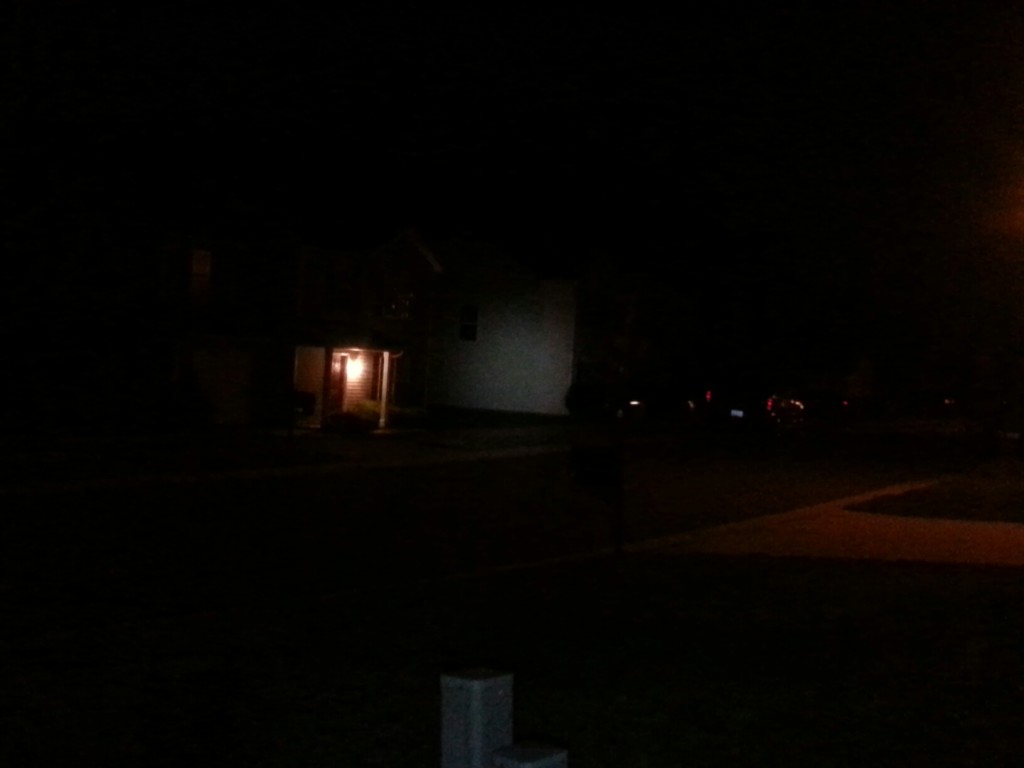 The TrustFire is clearly brighter than the UltraFire though not by a huge margin.

Beyond the brightness – the TrustFire is slightly lighter but is larger – as can be seen in the picture below.

BELOW: The slimmer and shorter UltraFire on the Left – TrustFire on the Right 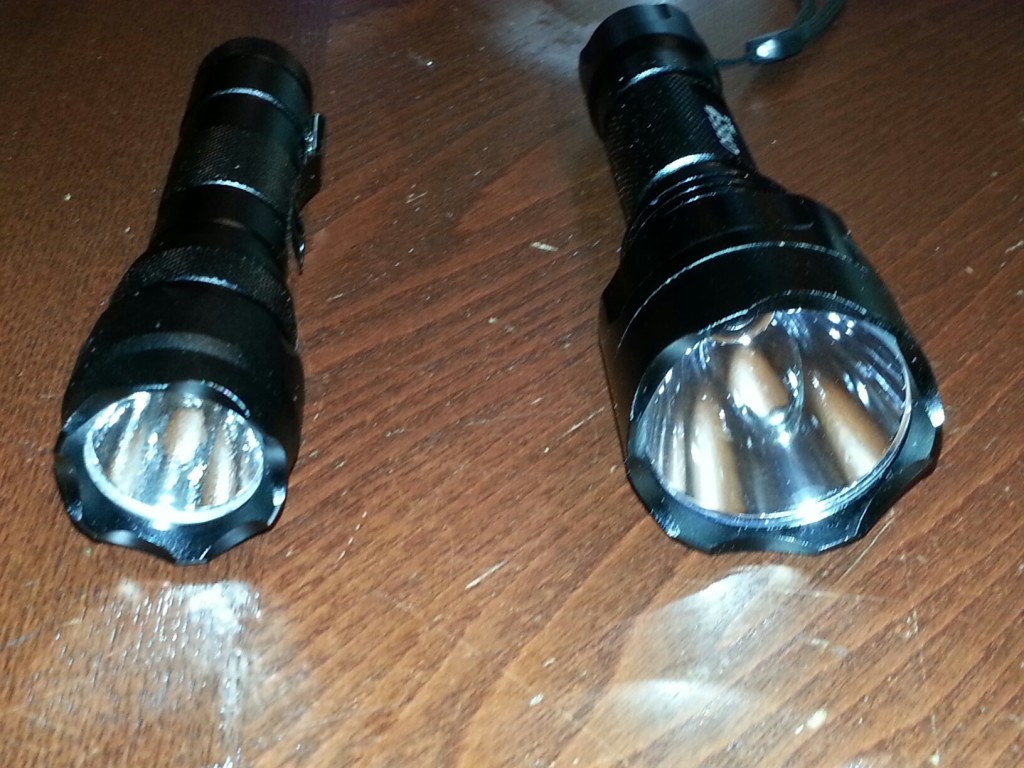 When it comes down to it – I prefer the TrustFire over the UltraFire due to the sheer brightness difference and ability to penetrate darkness. Both are excellent values. Both can be mounted to a weapons system however I have no idea about the ability to survive recoil.

IMPORTANT INFORMATION ON BATTERIES: Both of these flashlight use 18650 3.7 volt batteries which are available on Amazon. I have purchased these batteries in rechargeable packages which include a charger as well. So far – they have worked fantastic. Another important factor is that BOTH lights will also run on two more commonly found CR123 3.0 volt batteries. With the CR123 batteries the brightness is slightly diminished – but it is good to know these more common batteries will work.

UltraFire or TrustFire – great deals on lighting up the night.