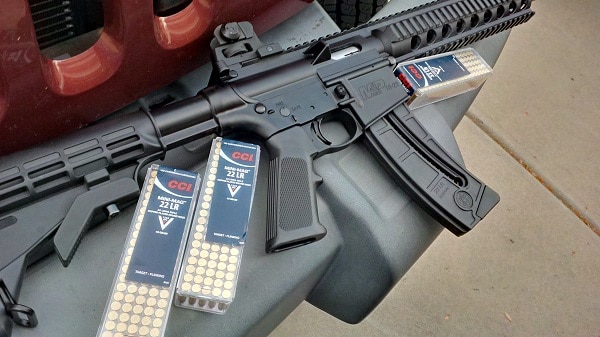 In today’s tight economic conditions – there are many preparedness-minded folks out there looking to their Defense Budget and trying to get money to stretch as far as possible. One must consider what type of scenario the Defensive Budget is being prepared for and considered. Even with that some folks just do not have the money to go buy an AR-15, an AK-47, or some other battle rifle. Obviously – a collapse of society and having to defend yourself and family against motorcycle-riding roving gangs of marauders is quite different than localized power outages from severe thunderstorms. With that said – I believe in preparing for the worst. With THAT said – decisions have to be made even when funds are limited.

The question as to what firearms can be purchased for the least amount of money and used effectively to defend yourself has been discussed more times than be counted. I am also not going to argue with anyone that says that the .22LR is by far not the best round to have in a defensive weapon. It is not. With that in mind – I believe a .22LR can fill a spot as a defensive firearm if your budget is limited and/or other firearms are not an option for some reason.

There have been thousands of deer taken and numerous people have been fatally shot by the lowly .22LR. Shot placement is of paramount importance – more so with the .22LR than probably with any other round. Beyond injuring – follow up shots may be required to end a skirmish permanently although inflicting injury would likely provide some second thought as to continue or not. This must be remembered when considering arming yourself with a .22LR and potentially entering a firefight.

To consider the .22LR – lets look at what firearms are available. To consider any .22LR as a defensive weapon – it has to possess a few qualities. First, it must be reliable. Second, it must be accurate out to 50-75 yards – if not more. Third – I believe it must be semi-automatic so as to provide effective and quick follow up shots. This narrows down the field quite a bit: 12 thoughts on “FIREARMS WEEK: 22LR as a Defensive Round?”