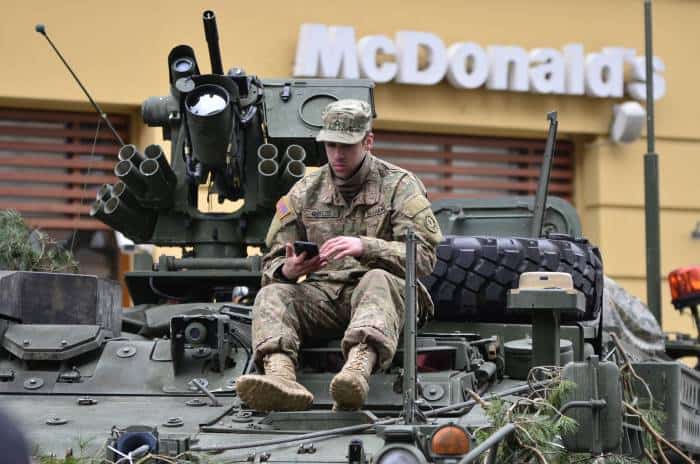 As a survivalist and prepper I pride myself on being prepared for any situation and on staying current with the news that affects those situations. I have prepared for natural disasters such as flooding, earthquakes, wildfires, tornados, and volcano eruptions. I have also prepared for civil unrest, foreign invasion, nuclear attack, and pandemics. However, with many of these survival scenarios the real danger comes afterwards.

In any situation where the population cannot support itself without government aid, martial law could be implemented. The defining aspect of martial law is that your rights as a US citizen mean nothing. The government is authorized to do whatever is needed to keep the peace and control the situation. FEMA is one of the agencies given the authority to act during martial law. FEMA was created to help people survive disasters, and they could do some good. However, any organization having unconditional control over a population is very dangerous.

Recent events indicate that this possibility may be a reality in the near future. FEMA refugee camps have been set up all over the country and stocked with millions of dollars of food, water, and medical supplies. Sounds great, right? The government would have you think that these camps were set up to support refugees from the Middle East. However, they have been designed to support about 5 million people. With the US only taking in about 15,000 refugees, it is obvious that these camps have been built for something much larger.

There have also been reports of the purchase and transport of large numbers of military vehicles, specifically armored cars and tanks. Huge amounts of hollow point ammunition have been purchased. In addition, cadaver incinerators and containers have been built and installed at these camps. Drills have been conducted to test FEMA’s response efficiency, their alert system, and the reactions of the American public. FEMA is preparing for something big.

So what action will FEMA take if given the opportunity? It is hard to say what they will do, but we can say what they have the means to do. Their first goal would be to control as much of the population as possible. This may start with a curfew or check points going in and out of major cities.

FEMA has a limited number of soldiers, so they will take any action they can to efficiently control citizens. Initially they will take volunteers to these camps as some people will trust the government. Whatever disaster we are facing, some people will be scared enough to uproot their families and ask for help. In the event of flooding or structural damage, people in certain areas would be asked to leave for their own safety.

The next step that could be taken would be to forcibly round up citizens and bus them to these camps. To do this transportation would be shut down with roadblocks on any bridges or highways entering and leaving major cities. Having limited forces, FEMA would target only the largest cities such as New York and Los Angeles. They would also focus on cities where firearms are illegal like in Chicago. This would allow FEMA to safely control a very large number of people and move them to the camps.

To help along the process, they would likely shut down supplies to the city. Trucks would not be allowed in or out, so that means shipments of food, water, fuel, and medical supplies would be halted. The shelves of the grocery stores and gas stations would be picked clean within hours. The sale of guns and ammunition would be halted, and guns would be seized as often as possible.

In cities where firearms are legal, they pose a huge threat for the troops working with FEMA to round up citizens. Fortunately for them, most firearms purchased in the last decade are registered with the government. This means that armed troops may initially go door-to-door with that list collecting firearms. Then when they are ready for the round-up there will be much less risk of injury.

Utilities would also be shut down to control the population. Water, gas, and electricity would be turned off essentially giving the people a maximum of three days before they would need aid. At that point most citizens would volunteer to leave just to avoid dying from dehydration or exposure. In a city like New York, FEMA would have control of 8 million people in 72 hours. Only about 1% of the population have the skills needed to survive without utilities, and most of those people do not live in large cities.

Financial institutions would be shut down immediately rendering cash near worthless. Credit cards would no longer be valid, so the supplies you have on hand are likely all you will get. With the flip of a switch, the government can shut down your debit and credit cards forcing you to rely on FEMA for essentials such as food, water, fuel, and medical supplies.

Of course, part of effectively controlling a population is controlling the media. Television, cell phones, radio, and the internet would either be manipulated or shut down entirely to prevent a panic. For most people, the only information they will get regarding their situation would be fed to them by the government. Only those that use alternative forms of communication such as HAM radio would have access to legitimate information.

The good news is that these camps can only hold about 2% of the US population, so most people will be unaffected. In a recent survey it was shown that 94% of the US population lives on 5% of the land. Because of the limited staff and resources of FEMA, they will be forced to focus on that 5%. That means to stay safe you just have to make it outside of the most densely populated cities before SHTF.

The rounding-up process is a little scary, especially when you remember all that ammo that FEMA purchased. They would not spend all that money unless they intended to fire those rounds. Once the local police is overrun, gang violence could be out of control. Any troops used to round up citizens would likely be trigger-happy.

However, the really frightening idea is what they could do to people in these camps. Once these people are confined and are relying on FEMA for their next meal, it would be easy to create a prisoner labor force. They could also force refugees to pick up a gun and help round up more citizens. FEMA could greatly increase their numbers this way.

The worst scenario would play out if they decide to use the cadaver incinerators that have been installed. All FEMA would need to do is claim that a disease is spreading through the population, and they would have an open pass to kill anybody they wanted to. There is evidence that this may have taken place during WWII in the Japanese internment camps. There are plenty of times in History when a country has allowed mass extermination in the name of public safety.

The FEMA discussion is not black and white. They may take full advantage or they may do the right thing, but chances are their actions would fall somewhere in the middle. Some troops will blindly follow orders while others will fight to help people. The only way to be sure that you and your family are safe is to avoid the camps altogether. Once you are in a camp, it is too late to do anything about it.

The best way to accomplish this is to stay out of major cities. This is a good idea for several survival reasons, but it is especially important to survive martial law. Cities like New York will become death traps. With it being an island, there are only 16 points that require an armed roadblock and the city is locked down. As people get desperate, violence and looting will spill into the streets. Even prepared survivalists would be in grave danger if they got trapped in the city.

Now that you have an idea of what may happen, do not wait to take action. It is just a matter of time before some version of martial law is implemented, and it will not be the first time it has happened in the US. By the time you hear that FEMA is locking down your city, it will already be too late. The road blocks will be in place and communication will be cut off. Be smart about it and remember that the danger is not who has control over you, but simply that they have control over you.

Do You Prepare in Fear?
11 Personal Safety Odds & Ends
The Odds of an Economic Collapse in the next 12 Months