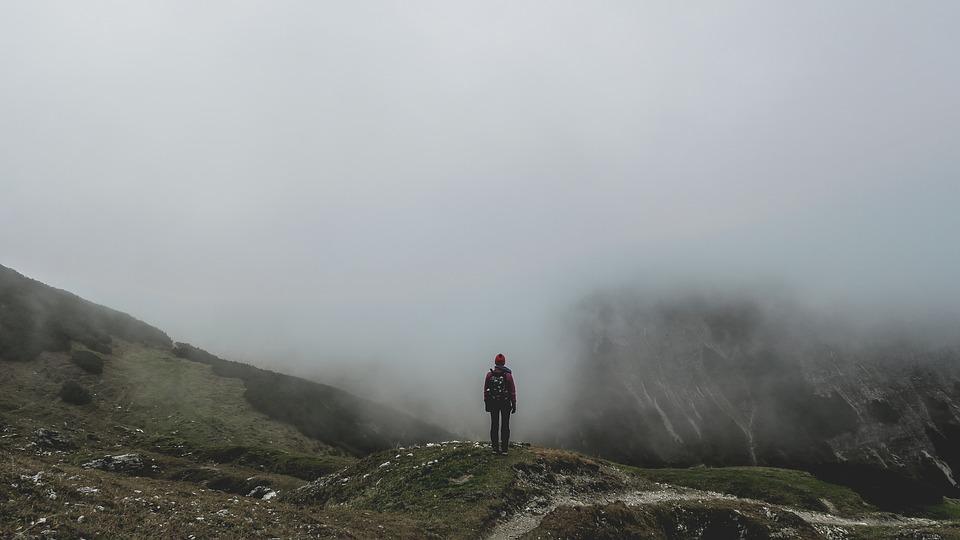 If you’re preparing for an event where you believe you may be forced to leave your home, you need to be prepared to combat the dangers of bugging out. Bugging in is almost always a safer route to take because you are at least somewhat aware of the hazards that exist in your local area.

If the area around you has become unstable enough that you need to bug out, it means there are new and increasing hazards around you that you aren’t familiar with or even aware of. It is these unknown hazards after any SHTF event that can thwart even the best laid bug out plans if you aren’t prepared to deal with them and adapt your bug out plans quickly in response.

You know that you need to include water in your bug in stockpile and have several options for getting fresh water to drink when that runs out. Following a SHTF event, public utilities, like the water and wastewater treatment facilities, could quickly become overwhelmed. Running water provided by the city or public utility may become contaminated or even stop altogether. It’s even possible that groundwater will become contaminated and end up contaminating local wells.

If you’re bugging out, it will be essential that your bug out route and alternative routes put you within reach of multiple places to check for clean water. You’ll also need to know with certainty that you can filter and purify any water you drink. It’s entirely possible that your bug out will take longer because you have to detour in order to get to water.

If you’ve been prepping for any amount of time at all, you’ve heard the warnings about dehydration. The human body must have water on a regular basis in order to continue to function normally. During a bug out, you will be on the move, expending energy to try and get to your bug out and to accomplish many of the physically demanding tasks that are required for survival when bugging out. You’ll be losing more fluids due to perspiration that occurs during physical activity. Depending on the climate, you may also be exposing your body to unrelenting heat. You’ll need more water than normal to keep functioning, not less.

If you’ve ever watched a survival reality TV show, you’ve seen how quickly a lack of water can start to impact motivation, drive, energy, and strength. If your body is weakened from dehydration, you put yourself at increased risk for illness, injury, and being unable to successfully defend yourself against looters or others who want to take your remaining supplies. 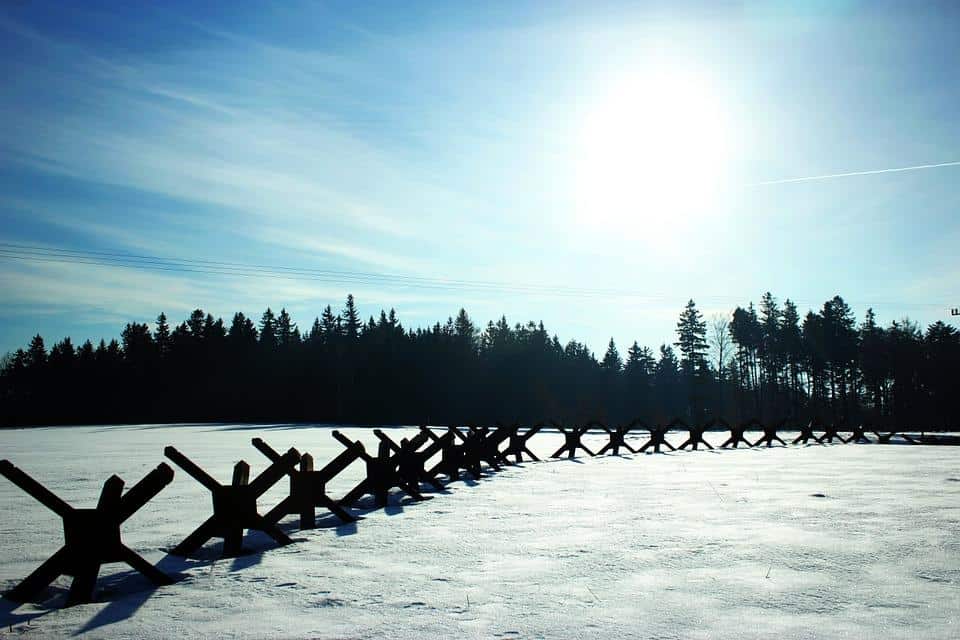 Most preppers have planned at least one and maybe more than one bug out route they will use to get from work or school to home and from home to their bug out location. But another one of the dangers of bugging out after a widespread disaster or SHTF event is the likelihood that many roadways in the area will be completely impassable.

Even if you do have a vehicle, there will be many, many other vehicles that simply ran out of gas or were abandoned wherever they were when the event happened. Highways, bridges, overpasses, freeway entry and exit ramps, and intersections may very well be completely impassable due to broken down or abandoned vehicles. Even if your car is operating, you may not be able to get through or turn around, forcing you to abandon your vehicle.

You need to prepare to change routes and even change transportation methods or set off on foot to get where you’re going. Keep in mind that what took several hours by car can easily take several days on foot. So, you will need more supplies but will have less capacity to carry them without your car. Therefore many preppers considering using a cache system.

Make sure your gear and supplies are adequate to keep everyone as dry and as warm as possible if you anticipate any kind of inclement weather. Hypothermia can set in even in weather that is 50 or 60 degrees Fahrenheit if you are wet and can’t get dry. If your bug out route requires you to cross creeks, streams, or other bodies of water or will mean travel through an area that is flooded or may be plagued with rain storms, plan to use waterproof clothing and other ways to stay dry when bugging out.

One of the greatest dangers to you and your family when bugging out will be other people. Looters and “zombies” who are desperate to feed themselves and their families and who didn’t prepare will not hesitate to take your gear and supplies. Some of these people will resort to violence in order to get what you have. Do what you can to avoid other people when possible, but also make sure you are knowledgeable in self-defense and are prepared to defend your family and your supplies during a bug out.

One of the huge dangers of bugging out will be the disappearing rule of law. There are huge numbers of people in our world today whose tendency to violence and criminal activities are reined in by the rule of law. When a widespread disaster strikes, emergency services personnel, especially law enforcement, will be quickly overwhelmed by demand for assistance. The last thing police and other enforcement personnel will be worrying about is that someone stole your car or that you can’t find your teenage daughter.

Law enforcement will have bigger fish to fry and you will essentially be on your own. People normally reigned in due to laws and fear of punishment will quickly realize that they now have reduced risk of being caught for minor offenses such as burglary, assault, theft, even kidnapping. It will be you against them with very little if any chance of anyone coming to your assistance. You must be prepared to take steps to avoid these people at all costs and to defend yourself and your family if confronted.

#7. Separation from Your Group

Being separated from your group during a bug out can be really dangerous. A widespread disaster or event can impact your communication systems and devices, especially if phone systems and other circuits are overwhelmed with demand. This means if you are separated from your group, you may not be able to get in touch with them to rendezvous or let them know if a pre-planned meeting place is now unsafe. To plan for this, make sure you have a visual system in place to get word to your group about your movements or changes in plans.

Another one of the most dangerous threats during a bug out is an injury. If you aren’t used to using portable or hand tools you will be more susceptible to injury from misuse. In addition, allowing yourself to become exhausted or weak from malnutrition will increase the likelihood of an injury. An injury during a bug out can limit your mobility and if you don’t have an alternative way to get around and can’t get to safety, an injury can even be fatal. Learn as much as you can about how to prevent and treat injuries that can occur during a bug out to help combat this threat.

Sanitation and hygiene after a disaster will be poor due simply because systems will get flooded with demand and some won’t be working because of the disaster or event. In addition, the number of deaths will greatly increase, and emergency services won’t be able to keep up with proper removal and burial of the dead. Animals and rodents will quickly overrun the streets and buildings. All of these things mean the risk of illness will increase.

Many of the diseases we thought were eradicated could once again rear their ugly heads. If you aren’t aware of these diseases and properly prepared to deal with a variety of illnesses using stockpiled medications or natural remedies, your bug out will fail. Talk to your physician about writing an extra script or two so you can stockpile prescription medication or look into animal antibiotics or natural alternatives. 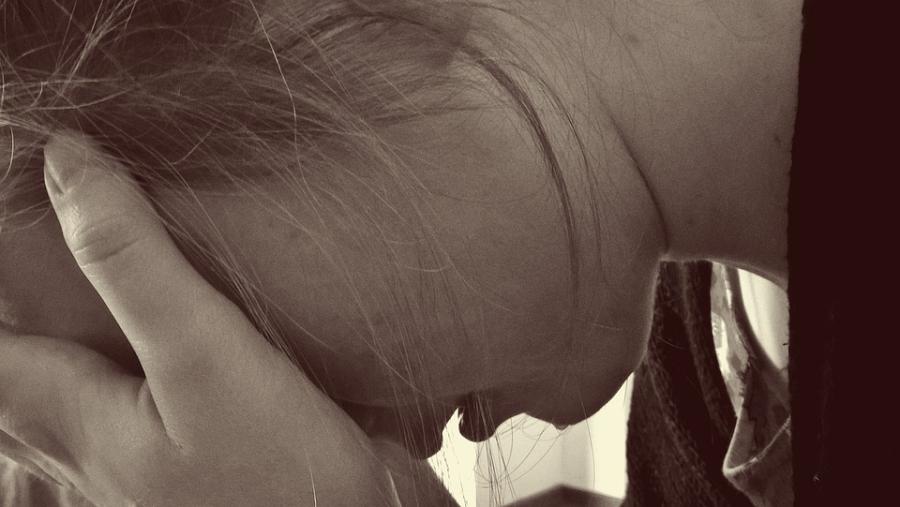 Even if you choose to bug out by vehicle, it’s possible to become exhausted during a bug out or any extended travel. The stress of being constantly on the move and being continually on high alert for hidden dangers will take its toll. Make sure you plan for adequate sleep. If you choose to bug out on foot, by bicycle, or another method that requires you to physically expend energy in order to travel, adequate breaks to rest will be critical to success.

The human body needs adequate fuel in order to be able to continue to expend the energy required for many of the tasks needed during a bug out. Without the right fuel going into your body, you will start to feel the effects pretty quickly. Ensure that you plan to carry enough food and supplies so that each person in your group can consume the needed number of calories, including protein, to keep moving. If the human body doesn’t get adequate fuel to keep it moving, your ability to stay moving will be negatively impacted.

As you read through all of these hazards and dangers of bugging out, it should have become clear that another threat to your safety is going to be the lack of information or misinformation. Finding out what’s really happening around your home, neighborhood, and town will be difficult if not impossible.

You will have to get information from multiple sources and piece information together and then make assumptions based on what you do know. Even if you are lucky enough to have some way to communicate with others, information you get could be delayed, inaccurate, or even deliberately misleading. And if you take action and bug out based on misinformation or incorrect assumptions, your bug out could go wrong quickly.

If you’ve read through all of these dangers of bugging out, it becomes clear the odds are stacked against you. The only way to begin to even out those odds is to gather as much knowledge and experience as you can about each of the bug out obstacles so that you can deal with whatever comes up along the way. Consider these dangers one at a time and make sure you’ve learned all you can and that you incorporate procedures into your bug out plan to combat them as best you can. There will be incidents where you simply can’t stay where you are. But whatever you do, don’t ignore the dangers of bugging out.

Did miss something that you think is an obvious danger of bugging out? Let us know in the comments below.

7 thoughts on “12 Dangers That Await You When Bugging Out”