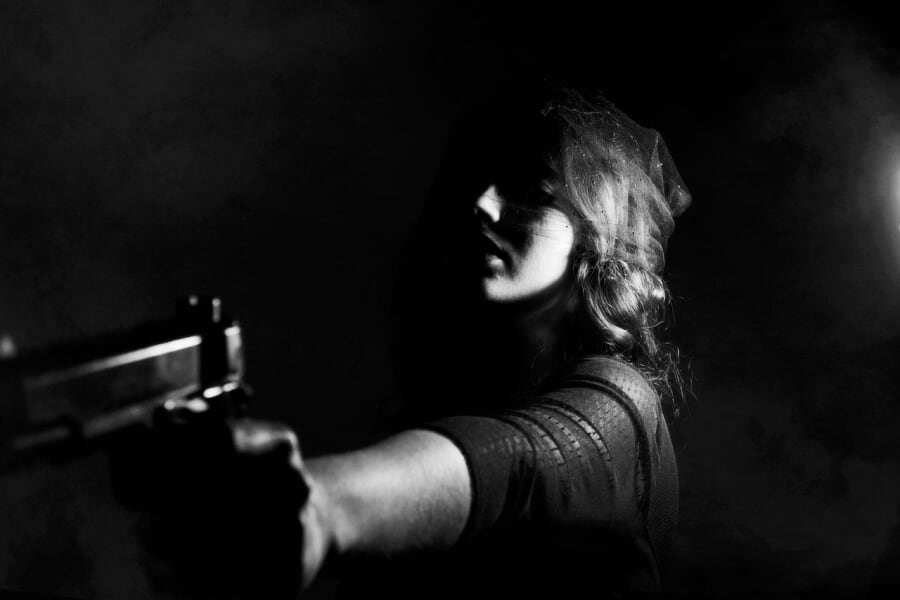 One of the most popular ways for ladies who carry purses to carry their gun is, duh, in their purse. While this approach is certainly convenient and offers an easy to way to conceal the gun completely, purse carry offers its fair share of trials and risks that any prospective lady shooters should be aware of before committing to this traditional method of carry.

And gentlemen, before you hit that back button, there are some pertinent details in this article you might pickup for off-body carry in other pieces of luggage, like a messenger bag.

At the very least, if you read on you’ll be able to better help the well-armed ladies in your life make smart choices when it comes to carrying their handguns in the most traveled piece of their outfit.

In this article, we’ll be diving deep into proper purse carry methods.

The biggest commendation for purse carry is convenience and concealment. Your average woman, young or old, will carry a purse of some size most of the time, not accounting for the vagaries of fashion trends and this means typically ample room to stow a modest handgun without cramping her style.

Even if small purses are in this year, they will often furnish ample room for a pocket pistol of some make.

Considering some women’s fashions make concealing a handgun on or about the waistline difficult, many women will, right or wrong, default to their purse for carrying a gun.

Your average woman is very acclimated to keeping her purse with her and accounted for, and this makes keeping up with and remembering to bring her pistol pretty easy, both being desirous to ensure she accomplishes Rule #1. Of gunfighting: Have a gun!

Properly set up, drawing from a purse can be fast and efficient as far as off-body carry goes, and the typical carry position of keeping the purse on the off-hand shoulder (left shoulder for righties, the opposite for lefties) lends itself to initiating the draw in short order.

Compared to carry in most messenger bags, backpacks or briefcases, drawing from a correctly staged purse is quite quick.

Lastly, though some women might balk at the thought of adding even more stuff to their already prodigious purse loads, chances are she’ll have room enough to accommodate a small flashlight and can of pepper spray, two of the single most valuable problem solving tools for self-defense by an enormous margin.

All told, a purse can make for a supremely convenient and logical receptacle for a defensive handgun and other tools. But they are not without drawbacks, some of them substantial.

The problems with carrying a handgun in a purse are twofold, generally. The first element is a big one, in that the purse is so often the target of the attack in the first place. Purse contain valuables, like cash and credit cards, and may contain jewelry.

Purses are so easily swiped from a person that purse-snatchings often go off without a hitch. Efforts to foil a purse-snatch by wearing the strap cross body are to be avoided as this sets up a serious entanglement hazard that may result in the victim being dragged along with the purse.

This is an extreme danger if the snatcher is attempting to do so from a passing vehicle.

The other major hazard is that the average off-the-shelf or designer purse is in no way set up to safely hold a firearm or efficiently present it for the draw.

If a gun is tossed carelessly into the mixture of makeup, doodads, keys, baubles, notes, pens, pencils, chapsticks, change, photos, movie ticket stubs, beads and other detritus that invariably occupy the interior of a purse, one of a few things will occur.

The first is will be a negligent discharge resulting from a an errant object entering the trigger guard of the firearm and then impinging upon the trigger as the purse is moved about, the bullet addressed “to whom it may concern” and bound for parts unknown.

The second is that the woman will inadvertently do the same as she reaches into the purse to access something within, with the same result.

And the final outcome is that, in the event the gun is needed posthaste, she will be unable to access it since it has since flipped upside down and backwards through jangling around in a loaded purse, and furthermore has drifted below the sediment of the above listed contents entirely. Because of this, her fate is even more uncertain.

Careful thought to selection, setup and subsequently practicing with both purse and gun are a must to make purse carry work. Carrying the gun along in any old purse any which-a-way is simply not enough.

Trusting to the gun as a good luck charm, akin to a rabbit’s foot, is not a plan. After all, it did not work for the rabbit.

Features for Concealed Carry of Handgun in a Purse

The reason being that you want nothing to be with the gun that has even a remote chance of accessing the trigger and you want your access of the gun to be unobstructed to the greatest degree possible in a high stress situation.

The second feature is a holster of some type, defined as a rigid or semi rigid container that will keep the gun’s trigger and trigger guard covered and thus protected from inadvertent activation and just as importantly hold the gun in the same place and same orientation consistently to facilitate a speedy and efficient draw.

The last feature is that of quick access to the above mentioned compartment with holster. This is often easier described than performed. Going in the top of the purse is not the most efficient or repeatable way to access the gun, and all other factors secondary the shoulder straps represent a significant snag hazard.

A better way is an exterior slit pocket, accessed from the end side of the purse via zipper, magnet or Velcro closure. Each of the closure methods offer varying degrees of security at the cost of speed and should be weighed carefully before settling on one.

A magnetic closure offers the best speed with the least movement, but is not entirely secure, especially if the gun within is held by a substandard holster. Velcro is more secure but may be even harder to access than a zipper pull, usually due to a lack of conspicuous ripcords or tabs to assist you.

A zipper is mostly secure but may not be fast without the addition of a small length of cord or a fob to improve grip and acquisition. All can work, and you should take pains to test each of them if you are able to see which will work best for you.

Purpose-Specific Carry Purse, or Modify a Purse to Serve?

The next obvious question is whether or not you should purchase a purpose-made and specially designed concealed carry purse or modify one of your existing purses to suit the task.

Both can work, depending on your requirements and how much money you have to throw at the problem (and willingness to carve up one of your favorite standbys!).

A purpose-made concealment purse will typically feature a hidden or discreet pocket, accessible from one end or both ends of the purse that contains the holster system or a mounting point (usually Velcro) for you to add your own holster.

This compartment will be closed by Velcro, magnets or a zipper per the above, and may feature a locking system. While these purses are available in a wide variety of styles and types, as a rule you will not have as many color and pattern choices compared to more typical purses.

You can, with the help of a skilled seamstress or leatherworker, depending, modify an existing purse in much the same way, though the costs of such modifications vary dramatically depending on the skill of the worker, the design and construction of the purse, and your desired feature set.

What is most important is that the purse be setup up for a modified cross-body draw and can accept a holster system of some kind. More on the former element in the next section.

As for the holster, if one is not using a proper concealment purse with an included holster then you are limited in your choices without modification as only a handful of designs can be made to work suitably with just a plain purse pocket, and the ones that will still possibly require some modification.

One of the best all-purpose off body carry holsters is the static line type as popularized by Raven Concealment Systems Vanguard and Vanguard II “holsters.”

An attached piece of cord is then secured to a hardpoint on the purse or container so that, in the act of drawing the gun from the enclosure, the line will snap taut and pluck the device off the trigger guard, giving you access. In practice, they work very well for these special setups.

Drawing from a Purse

The draw from a purse has a little bit in common with the classic crossdraw and also drawing from a chest holster.

The best technique is facilitated from a purse setup with the end-side pocket arrangement as discussed above and assumes the shooter is carrying the purse on the shoulder opposite the dominant hand with the pocket containing the gun facing forward.

The steps below outline the rest of the draw procedure:

The above steps may be slightly modified depending on your specific setup.

With practice and aided by a friendlier closure mechanism, a gun can be drawn from a specially equipped purse with surprising rapidity. Trying to do the same with a purse that has a gun rolling around somewhere in its voluminous depths is similarly a recipe for disaster and frustration.

A purse is often the go-to solution for ladies seeking to conveniently concealed carry a handgun, and they do have advantages so long as one takes the time to train around and mitigate their disadvantages.

With smart purchasing or modification, a purse can make for an acceptable solution for ladies EDC carry. As always, no matter what solution you settle on, practice until you cannot get it wrong!