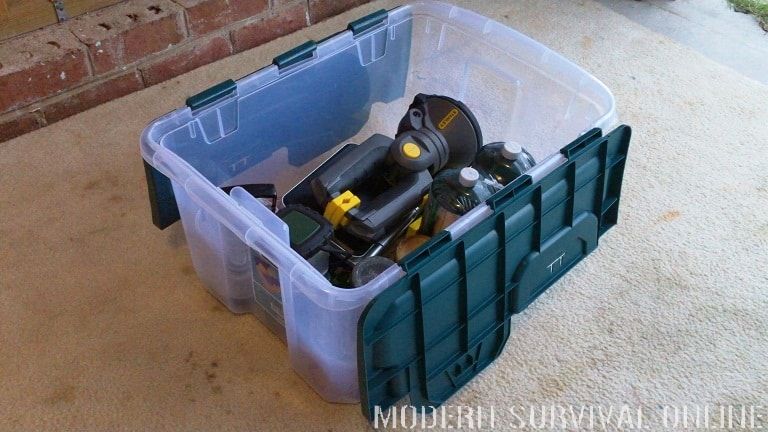 Cities of steel and concrete are testaments to mankind’s ingenuity. We take a lot for granted today, including the internet, our motor vehicles, indoor plumbing and sewage, running water and more.

These are far more than niceties; these public utilities and advanced technologies are what make modern life so luxurious and indeed possible. What you have probably taken for granted even more than that is the one utility that makes them all possible- electricity.

Without electricity all these modern marvels grind to a halt. No more fresh water. No more sewer service. Definitely no more internet, and no more light that comes on at the flick of a switch.

All of those and a host of other lesser technologies will be rendered useless, almost instantly, if we lose power. I hate to break it to you, but the United States’ power grid is a shambling mess: aged, outdated, and ill kept. The electrical infrastructure that keeps all of this running is an incredibly fragile thing.

You might have noticed in the past few years that blackouts are becoming increasingly common. The United States’ power grid for the average citizen goes down more often and stays offline longer than nearly any other civilized nation on Earth.

What’s worse, our power grid is significantly more vulnerable to direct attack or natural disasters. In short, a regional blackout is nothing shy of a major disaster and can be a serious problem for your survival and continued societal integrity.

Any prepper worth the name should be prepared for a major blackout. In today’s article, we’ll tell you how to get prepared for just that.

Why Should I Be So Worried About Blackouts?

Plainly stated, because pretty much the entirety of modern life is entirely dependent upon electricity.

The entirety of our communications networks is comprised of:

Everything that makes modern life recognizably modern, to say nothing of functional, is 100% thanks to electricity.

The only question is how long things can go without electricity before they start to get really dicey. Almost everyone has been through a power outage lasting anywhere from a few minutes to several hours, maybe even half a day.

While highly inconvenient, and perhaps forcing you to throw out the food in your fridge, these short losses of power don’t really stack up to a proper blackout, which can affect entire cities, or even entire regions.

Think about this: a single blackout lasting days or weeks will result in a loss of nearly all refrigerated food, a severe strain on life-support technologies in hospitals that are dependent on electricity, the loss of or adverse reaction of chemicals that must be stored under controlled temperatures, and a severe impairment of the entire transportation grid.

Generators will only go so far into sustaining the most of vital of these processes. The rest of them, well, tough.

It of course goes without saying that people who are dependent upon electricity for heating and cooling in harsh climates will now face a very real risk of exposure, even inside their own homes.

The very young and the very old will, as always, suffer the worst. In hotter climates loss of air conditioning has been a historic contributing factor to mass civil unrest and rioting. I’ll give you some examples just down below.

Lastly, a cascading power failure along with attempts to restart or stabilize the system can cause electrical fluctuations that may yet be very damaging to delicate components of the power grid and every kind of electronic system connected to it.

What this means is that a cure may in the end be worse than the disease; essential computers and other controllers might be destroyed when the power grid comes back online after a massive blackout. The effects of that occurrence are far-reaching.

Major U.S. Blackouts of the 20th and 21st Centuries

All major developed nations have suffered blackouts. The United States has suffered more than most, including some real doozies in the 20th and 21st centuries. Below you’ll find a sampling of some of the largest and the worst along with their effects.

Consider also how much worse any of the below could have been if they lasted several weeks, several months or even longer. It can happen, and more than that it is only a matter of time before it does.

Affected Citizens: 55 Million+. Duration: Varied, one to two weeks for most. The most widespread blackout to ever affect North America knocked out an entire half of New England and a massive swath of Canada.

This gargantuan screw-up was caused by a controller system software error that resulted in the silencing of an alarm typically relied on by technicians to notify them of problems with the power lines themselves.

Always make sure your phones and computers are updated, folks; this little glitch caused the second largest blackout in the history of the world, and knocked over 100 power plants out of commission.

The greater effects resulting from this monster blackout included the loss of all utilities in major cities including sewage control, stopping of trains and planes, and the contamination of water supplies.

Affected citizens: 5 million+. Duration: 4 days. This humongous blackout knocked out power to the majority of California and even all the way as far down as Las Vegas, Nevada.

This one resulted from a literal case of disaster dominoes: gale force winds knocked over one transmission tower into its neighbor, which hilariously resulted in a series of towers failing. This power failure itself prevented the energy company that owned the towers from issuing vital orders to response teams and repair workers.

The result? A sluggish disaster response that left the majority of California and Nevada without power for four days. The blackout originated in Tracy, California but had the greater effect of disrupting entirely electricity as far away as Las Vegas.

Stop and ponder just how intricately interconnected our power grid is, and you may be thankful it wasn’t worse.

Affected Citizens: Millions in and around NYC. Duration: 24 Hours +/-. This Metropolis-scale blackout was caused by lightning strikes, pure and simple.

Most of us have lost power during a bad thunderstorm before, but chances are it wasn’t for this long and also didn’t have the rotten luck to occur during one of the nation’s and city’s worst periods of economic shrinkage.

And it also occurred during a brutally hot summer in the middle of July… and, as it turns out, New York City was also caught in the iron grip of Fear due to the ongoing Son of Sam murders.

Almost simultaneously with the power going out, looters and rioters took to the streets, smashing the windows of thousands of businesses and setting thousands of fires to go along with it.

This stretched emergency responders to the breaking point, and resulted in a staggering $1.3 billion dollars in damage. This blackout more than any other illustrates how quickly society can fray at the seams without electricity.

Getting Your Blackout Survival Kit Ready

Getting ready for any blackout, big or small, you’ll need to gather some supplies you’ll need to survive as with any major disaster, along with inventorying essential provisions, medications and other resources that are absolutely dependent on electricity for viability.

This does not necessarily mean keeping the Wi-Fi going so you can stream your favorite show in the comfort of your darkened home: I’m talking about things like medication that must be refrigerated, certain food supplies, and any critical life support equipment for persistent diseases and ailments.

If you don’t require anything like that, so much the better: you’ll have a much easier time of surviving a blackout. If you do, however, you’ll need to take steps to maintain continuity of power in the event that our power grid fails running like the time.

This could take the form of a deep cycle battery bank, a generator, or alternate power generation supplies, be they solar or thermoelectric. More on that in just a minute.

All the items, equipment and Provisions in this section are based off the Federal Emergency Management Agency’s (FEMA) published guidelines and recommendations for citizens along with a few enhanced lighting recommendations from the author.

If you are already a seasoned prepper, you’ll recognize most of this stuff, and probably have it already. For those of you who don’t, take note: the core survival kit (or shopping list, if you want to think that way) for most major disasters looks very much the same.

What about Supplemental Power Systems?

Should you care to invest in something like a diesel or gas generator, you can enjoy all the accoutrements of modern life in your home that other people, those who lack generators anyway, will be going without during the blackout.

Be advised this will do nothing to ensure the water coming out of the taps is safe to drink if it comes out at all, or the sewage system will be functioning normally. You will be able to rely on though your computers and home appliances like the refrigerator and alarm system continuing to work.

Another option is a deep cycle battery bank, one that is charged off of normal power supply coming into the house that will activate manually or automatically after grid power is lost.

Lacking a generator or any other way to recharge it will only provide power for a limited time.

This, of course, begs the question whether or not you should invest in something like the now-ubiquitous solar power panels that can potentially provide your entire house with power, or even something like a windmill.

Be advised that all of these systems require a significant investment to make them operational, as well as ongoing maintenance to ensure they function when the time comes.

What you should also consider is the fact that being the one house that is lit up while, literally, an entire city is in the dark will raise eyebrows and may make you a potential target among undesirables: all of the above systems are perennial targets for thieves even when the lights are on.

As you learned in the example blackouts above, looting, rioting and arson seem to regularly accompany major blackouts. You must be prepared to provide for your physical security during a blackout that lasts more than a few hours.

The worst parts of humanity will come scurrying out of the storm drains to raise Hell, loot and set fires. Getting a gun and learning how to use it is the most obvious answer to help ensure a positive outcome for you and yours.

If guns are simply not an option for you, consider getting a large “riot” canister of pepper spray. Larger units afford greater range, better coverage and enough capacity to deal with multiple attackers over multiple instances.

Small-scale blackouts are pretty common and nothing to get too excited about. Major blackouts are serious disasters, and may lead to significant threats to your health and security.

You can be prepared for a blackout by amassing the right supplies in the right quantities, and having a plan for dealing with the after-effects. With a little luck, the lights will be back on in no time. But if they aren’t, you’ll be ready.

3 thoughts on “How to Make a Blackout Kit”