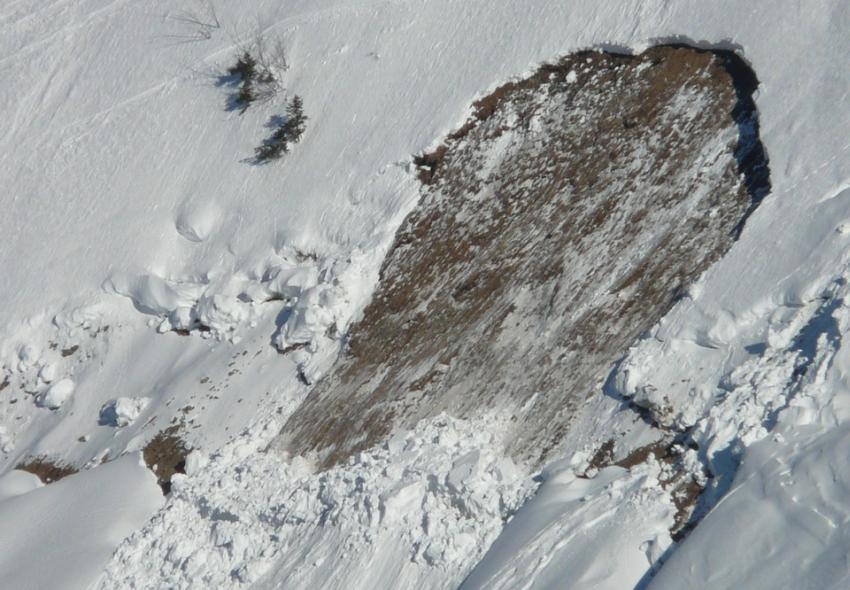 Skiing, snowboarding, or just climbing an untouched snow canvas is about the best thing ever. Unfortunately, we know the bad side of winter sports and mountain expeditions: avalanches.

As any snow guide will tell you, an avalanche is the most ruthless threat that nature can throw your way. Ski resorts have been buried under tons of snow and 25 people succumb to avalanche-related accidents each season on average.

Although this number seems pretty low, you don’t want to be the one to take it higher. That’s why it pays to have several important skills that could help you survive during and after an avalanche.

What causes an avalanche?

Although avalanches do occur naturally, studies show that a large proportion is triggered by the skiers, snowboarders, or climbers themselves. Animals, extremely low temperatures, and earthquakes are other known causes. Snow trucks on the road below the slopes could also cause one.

What should you do in case of an avalanche?

If the avalanche starts happening under you, you’re probably the one who triggered it. Your reactions in the first few seconds determine how huge this misfortune will impact on your survival.

Safety experts recommend jumping upslope beyond the fracture line. This might be a little hard to do since fracture lines develop and start racing down the slope in a split second.

But several people have survived dangerous avalanches just by doing this. Jumping uphill protects you from being caught in the moving mass of snow.

Move to the sides

In the event that the avalanche starts above you, the wisest thing to do is to begin moving to its sides as fast as possible.

Avalanches are worst at their center. It’s also pretty difficult to fight your way out if you are caught in the middle since this is where the snow is at its highest peak and volume. Being caught around this place could lead to fatalities and be buried too deep to survive.

However, if you are quick enough to dash to the side, you could avoid getting swept.

If you don’t have time to get out of the way, the only thing left to do is to try to survive.

At this point, what’s more important is getting away with your life. Losing anything that adds weight to your body adds to your odds of surviving. Letting go of your backpack, climbing poles, and any other heavy equipment makes you more buoyant. This minimizes the chances of being buried too deep into the snow.

By the same breath, letting go of some of your light items will increase your chance of being saved in case other rescuers locate them on the surface of the snow.

Hold on to a tree

The ability to grab on to a tree or a rock depends on whether or not you’ve already being swept off your feet and the velocity of the snow.

If you are near a tree during the first few seconds and it’s a less powerful avalanche, grabbing it may save your life. Even if the fast-moving snow roughs you up, holding on for a longer time minimizes the probability of being buried too deep.

But do know that the roughest avalanches could uproot trees and rocks. Again, if you’ve already being swept downhill, trying to grab stationary objects can result in serious injuries that might make things worse.

Crouching behind trees and rocks in a big avalanche is also somewhat dangerous, since these stationary objects tend to slow the snow forcing it to pile and bury anything around them.

In case the snow topples you, the National Centre for Snow and Ice advises thrusting upward using swimming motions. This isn’t easy. But it has been found to increase survival rates in dangerous avalanches.

To do this, dig with your feet to the bed of the avalanche, and get a foothold to slow your descent. Note that your feet should be facing down the slope to allow you to backstroke with your arms.

This is different from what you may have heard: body surfing the snow. You will be at a higher risk of being buried if you try to body-surf an avalanche since this technique tends to take you to the heart of the fast flowing snow.

The turbulent snow at the foot of the avalanche could disorient you and minimize your ability to dig your way out if you are buried.

On the other hand, backstroking keeps you afloat. This enables you to keep your head in the air. It also causes you to not get buried to deep.

What if you get buried anyway?

Know the way up

In the event that you are buried, stop fighting against the snow and strategize on how you will increase your chances of getting out.

Keeping one hand pointed toward the surface of the snow will help you not to lose focus of the way up. Don’t worry in case the turbulence makes this impossible though.

The spit test is another sure way of knowing the direction of the surface. Simply clear some space around your face and spit. Thanks to gravity, the liquid should flow downwards.

Create a pocket of air

Once you are buried, your biggest threat is asphyxiation- being deprived of oxygen. Lack of air plus the freezing condition under the snow leaves you with about 15 minutes of survival. But you could take this to around 30 minutes by increasing the amount of air around you.

Drowning in snow is quite different from drowning in water. This is because there is a lot of air around you. Putting your arms across your face helps in creating a pocket of air that may allow your rescuers enough time as they dig towards you. Pushing the snow with your body also compacts it to create more room around you.

Remain calm albeit rather hard

If you are lucky to be just a few inches from the surface, you could use your hands or avalanche shovel to climb out.

However, fighting out of that trap might be hard if you are buried deep in the snow. So, rather than jeopardizing the little energy that you have and the oxygen within your air pockets, it would be advisable to remain cool and wait for rescue.

This is the last thing that you’ll want to hear after getting buried in snow right, left, and center. But it could be your last line of defense. Remaining calm helps you to breathe slowly and conserve energy and air as you get rescued.

If you can hear the rescuers within where you are buried, shouting may help them locate you much faster. This eliminates their likelihood of digging at the wrong place. Remember that every second counts in this struggle.

If you have an emergency whistle, this would be a good time to use it.

How to increase your safety and prepare

Take a course on avalanche safety and survival skills

If you can do take an avalanche course before running for the slopes.

Among the things you’ll learn is how to scout for safe slopes and how to tell the likelihood of an avalanche. Knowing how to dig and rescue a snowboarder or skier who has been buried is crucial for the safety of the team too.

No matter how skilled you are, avoiding getting buried during an avalanche is never guaranteed. As such, you need to arm yourself with a few tools that increase your survival odds. They include:

This is one piece of safety gear that you don’t want to head to the slopes without. Also known as a transceiver, this device sends signals at 457 KHz to other beacons to help locate the wearer.

The best part about this gadget is that it can switch from sending to receiving signals from other transceivers. It increases its beeps as you get closer to another beacon.

Worth pointing out is that an avalanche transceiver should always be harnessed to your body rather than being put in your backpack. This minimizes the chances of losing it in case you lose your bag.

Most fatalities in avalanches occur when the victim sustains injuries on the head. If you are swept over by an avalanche gliding at 50-80 MPH, you become pretty much vulnerable to being clobbered by tree trunks and rocks among other debris.

A helmet minimizes the risk of head trauma that could make you pass out. This increases your ability to fight more and more.

This is a collapsible, lightweight stick that helps in determining the current snowpack in case a friend is buried. It also helps you identify the ideal place to start digging.

While this tool is of much help when digging for a person who has been caught in the snow, you could also use it to dig your way out. Importantly, it should be collapsible, straightforward to use, and high-volume.

No, I don’t mean taking your car’s airbag to the snowy slopes. I mean an avalanche airbag. This is a balloon system that is incorporated to your backpack. It has an activation handle that inflates it when pulled. Doing this in an avalanche keeps you afloat thereby minimizing the risk of being buried.

This will allow you to signal your location without using too much energy.

Avalanches are hard to predict as they are hard to fight. But you could increase your odds of survival by being prepared for it before heading to the backcountry. The right way to do this is by taking a safety course and arming yourself with the right tools always.

Do you have other skills that you would like to share with other skiers, snowboarders, and climbers? Have you ever been caught in a raging avalanche? We would like to hear about your experience and how you survived in the comments!