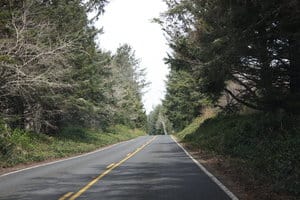 Considering the nuances of bugging out from town to my off grid rural cabin I had an epiphany.  I would be better off if I could take my “home” with me in the event that it would be impossible to get to my cabin or other circumstances made it impractical to do so.

I recently acquired a 1968 13.5’ single axle “Canned Ham” travel trailer.  This old girl was used for hunting camp and over the years it had pretty much been taken down to a couple of beds and a roof.  Long ago the water system froze and broke, the recirculating toilet hadn’t worked in years and the electrical system in it was a rats nest.  However it was sound, no leaks and actually very well laid out and the interior had been remodeled making it quite comfortable and attractive.  It was time to get to work.

First thing was water:  I installed a 22 gallon water tank under the couch/double bed and with it a 12 volt demand pump.  With 4 valves the system it will work with pressure water from an outside source, pressure water can be used to fill the tank then the tank can be used for demand using the 12 volt pump.  New PEX lines were plumbed to the existing (cold water only) sink and to the disaster of a bathroom. The addition of the tank also gave the little camper some tongue weight which make towing it much easier.

The old airline type toilet was removed and new walls and floor put in to make the old toilet a shower.  With that complete, a tankless water heater was mounted on the shower wall, propane and water plumed to it to complete a very attractive and easy to use shower.  The shower head and flexible pipe was long enough to also be used to fill the tiny sink with hot water to wash dishes or other uses.

At my cabin I have been using a composting toilet for years.  For the “Canned Ham” travel trailer I keep a composting toilet outside in a shower tent.  It can also be employed in the shower area if weather conditions make going outside to a tent a bit of a bridge too far.  Convenient and complete privacy. Spare saw dust is stored under the couch by the water tank.  By doing this there was no need for black water holding tanks or wasting water for flushing.

There were remnants of a 110 volt electrical system that ran a couple of lights, an air conditioner and a microwave.  Trust me, they didn’t hire an electrician to do the work.  We then rewired the camper with a 35 amp service to bring it up to code.  There was also not much of a 12 volt system so work had to be done on that.  First, solar panels were installed on the roof.and two new marine 12 volt batteries were wired in. A small charge controller was mounted on a counter next to the couch.  Wires were strung for 12 volt lights in the shower, above the sink, above the dinner table and above the couch.  Another circuit was sent to the demand pump for the water.  The charge controller also has ports for 3v, 6v, 9v,12v cigarette lighter and usb.

The propane refrigerator (didn’t work) was removed and a low current draw electric was put in its place.  This fridge (about a third of the size of a large household model) pulls 125 watts when cycled on.  To run it when 110 volts is not available a small 400 watt inverter was installed.  As the fridge only cycles on for a few minutes every hour, the batteries and solar panels keep it running without a hitch.  This is handy for travelling as the fridge can do its business while heading down the road.  In the evening if electric is available it can be plugged into the 110 service. If not, I have a propane generator and a small gasoline generator to run the a/c current and recharge batteries if needed. So far that hasn’t been necessary as with the fridge stocked full its current draw is minimal.

Now the “Spam Can” was ready for a test drive.  I spent a week traveling from Arkansas to Virginia taking photographs of covered Bridges.  The trip was 7 days and 3,055 miles. No problems other than having to install a valve on the water tank’s overflow tube.  The rocking motion of the trailer while moving splashed out nearly all of the water from the tank. The valve is closed while traveling and opened to vent the tank when using the water.

The last addition was a $98, 12 volt, 18 inch flatscreen TV and a $25 digital antenna,  The TV pulls 25 watts right off the solar panels and has beautiful color and reception. Of course there are 12 volt DVD players, cassette players and radios.

In the event that I can’t get to my cabin, I have a light weight, easily towed, wheeled cabin with me that easily sleeps 4.  In the event I can get bugged out, I have extra living quarters and all of the extra supplies that are stocked in the trailer.  I look at it as a win-win situation.